For decades Africa has been characterized by the western world and international institutions as a continent dominated by civil war, dictators, rigged elections and human rights abuses.
We must admit that there is some truth to this perception with the genocide in Rwanda, continued civil wars in DRC, Sudan, Libya and Somalia. Indeed, Africa was noted for its President’s for Life, and rigged or sham elections such those held in Zimbabwe since the 1980s, and Central African Republic.
We are criticized for undemocratic leaders including ex-President Robert Mugabe, and President Joseph Kabila. We are told that the key to economic growth and improved quality of life rests with the introduction of democracy and democratic institutions. Does this mean that North Korea is democratic because it is called the Democratic People’s Republic of Korea; or war-torn Ethiopia, which is called the Federal Democratic Republic of Ethiopia?
This means that democracy must be more than just a word. It must also mean more than periodic election to choose a ruling party. In Germany there are the Christian Democrats and the Social Democrats. Despite the differences in adjective they believe in the same fundamental values. These are more than free, fair and regular elections for the people to elect the Government of their choice. Democracy has to include respect for the law, civil and human rights, freedom of association, and freedom of speech. These are basic fundamentals needed to protect democracy.
And these are under attack – not in Africa alone, but in the so-called bastions of democracy, the United States and Europe. President Donald Trump is leading the charge towards autocratic rule, and disrespect for the fundaments of democracy. In Hungary, Poland, and Austria newly elected governments are rolling back freedoms, particularly aimed at foreigners and immigrants. Even in United Kingdom – the genesis of democracy and the values it represents – has been swayed by nationalist demagogues into voted to leave the European Union.
And Botswana? What sort of democracy do we have? We are always cited as being the most democratic country in Africa because democracy is embedded in our DNA expressed by the phrase “Kgosi ke Kgosi ka Batho.” The institution of the Kgotla is said to encapsulate the concept of democracy when chief could be challenged without fear.
However, is that quite true? Also embedded in our culture is the concept of “Makope” (yellow locusts) referring to minors, unmarried men, women and foreigners who were banned from speaking out-loud. We still have this systemic xenophobia, the worst illustration of which was the refusal of Government to treat foreign prisoners with HIV medication.
Despite having relatively free and fair elections every five years, and we are now on our fifth president, and the same ruling party has been in power for 53 years, does Botswana have the fundamental characteristics to claim it is democratic.
The jury is still out. The cloud of fear of the DIS still hangs in the air, stifling free thought and association as Batswana are looking over their shoulders. We do have a free press, although it is constantly under attack by Government and “malope”, threatened with law suits, censorship and closure.
So far, the rule of law is in place, but, because the President, like President Trump, has the constitutional right to appoint Judges for life, the independence of the judiciary is under threat.
Soldiers of democracy are activist members of civil society, whether these are faith based, trade unions seeking to protect the rights of workers, human rights organisation, or NGOs promoting the rights of women, or children, or other vulnerable groups.
And in Botswana this army is sadly lacking. 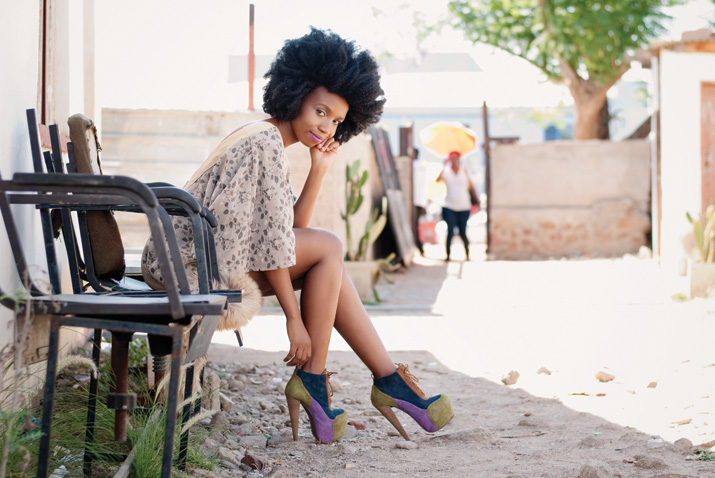