President of Zimbabwe, Robert Gabriel Mugabe must take a leaf from David Cameron, do the honourable thing and step down when the situations puts him against ideals and principles that he claims to at least want to live by. The people have now transcended the ballot and demand changes be made pronto.
The elder Statesman must listen to the pleas of his people in order to strive for a new, hopeful Zimbabwe. The people have finally crossed the rubicon and after years of wearing their hardship on their backs, crossing boarders into unchartered territories sometimes, to death.
After years of simmering tensions, the people of Zimbabwe have finally burst onto the streets and are showcasing their anger at what they see as repression by the State. The people have transcended their fear of the State sponsored violence by the Police and military spies.
These demands include the sacking of corrupt ministers, the payment of delayed salaries and the lifting of roadblocks that residents say are used by police to extract bribes.The pastor, who launched his protest movement with a video that went viral this year, has said he had been moved to protest when he had been unable to withdraw money from banks to pay school fees for his two children.
Besides #ThisFlag, other social media movements have also appeared, such as Tajamuka – “We refuse”, in Zimbabwe’s Shona language – which has launched spontaneous demonstrations in the last month.Zimbabwe last witnessed unrest on this scale in April 2007 when MDC leader Morgan Tsvangirai led anti-Mugabe demonstrations.
Zimbabwe already owes International Monetary Fund and other lenders $8.3bn, of which $1.8bn is in arrears. Some say the IMF would offer more help if Zimbabwe acceded to some reforms such as conditions. These conditionalities could be about law, process, elections which are due in 2018, and property rights, areas that the State has been hardnosed about as it were.
Public shows of dissent have been almost non existent during Mugabe’s almost 30-year-long rule but have erupted frequently in recent months as the battered economy has ground to a virtual halt.
Banks have run short of cash, government workers’ salaries have been delayed and many basic imports have been banned at a time when the country is enduring a severe drought that has left millions hungry.
Civil servants who were loyal to the government because they were getting salaries or using state infrastructure to engage in petty corruption are now among the discontented, some observers have said.
With the 92-year-old president’s health increasingly uncertain and the ruling Zanu-PF party riven by a succession battle, Zimbabwe could be heading for a long-awaited new chapter. But maturity and humility should reign and there is no better exemplar who is better placed to lead in that aspect than Robert Gabriel Mugabe.

“The wounds of honour are self-inflicted“ - unknown 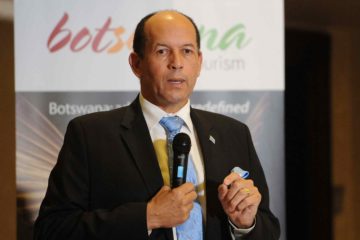