In the 20 years between 1960 and 1980, life expectancy in Botswana jumped from 50 years of age to 63 years. And then the HIV/AIDS pandemic struck and in just 10 years life expectancy tumbled by more than 15 years to 47 years.
The abysmal failure of the Government to react swiftly to this threat to the very existence of Batswana, rests firmly with the late President Quett Masire. His blinkered biblical distaste for debate on sexual pursuits meant that Botswana was glacially slow in responding to the tragic death of some many Batswana. Dr Masire’s reluctance to address the deadly disease which was decimating our nation resulted in countless unnecessary deaths and allowed the disease to burrow itself into the fabric of society.
It was not until the Presidency of Festus Mogae that Botswana took the threat head on, and actively promoted and implemented a programme of prevention and treatment. During the 10 years of his Presidency, life expectancy crept up to 61 years and HIV/AIDS prevalence rates slowed.
President Mogae was rightly lauded internationally for his outspoken campaigning to take the pandemic head on, and the campaign to halt HIV/AIDS by 2016 became one of the focal points, and successes, of his economic, social and political agenda.
That all came to an end in 2008, when former President Ian Khama took over. Virtually all debate on HIV/AIDS disappeared from national discourse – particularly in schools – as those most vulnerable reached sexual maturity. The National AIDS Coordinating Agency quickly became the No Action Coordinating Agency, and, as we noted a few weeks ago, the national ABC prevention campaign dropped from sight. Even condoms have disappeared from public places such as border posts.
As a result, the progress made during President Mogae’s tenure has evaporated, and life expectancy has only crept up to 66 years. According to the latest World Health Organisation Report, in terms of life expectancy, Botswana is ranked 138 out of the 190 countries surveyed by WHO. This compares to a ranking of 92 in 1960. Although this is better than the estimated life expectancy of 47 years, and a ranking of 173, in 2000, HIV/AIDS still accounts for over 25% of deaths due to illness, and over 20% of Batswana are living with the disease.
Moreover, the toll the disease levies on maternal health – women are at greater risk than men from contracting the disease – also means that young children are vulnerable from diseases such as diarrhoea, flu and pneumonia. Premature death of children under 10 is as much a threat to the future of Botswana as those who are dying between the ages of 20 and 40 years.
Since 1980, the cost of HIV/AIDS not just on lives, but the economy of Botswana is incalculable and is one of the underlying causes behind our slowing economic growth as hundreds of million of Pula go to ARV treatment.
Ironically, the ready availability of anti-viral drugs has meant that Batswana with HIV/AIDS can live close to normal lives, and a preventable disease is now seen as a chronic illness like cancer. Only behaviour change, and the use of protection during sex will make a long-lasting impact on the continued spread of HIV/AIDS. This is not happening and even those most vulnerable – no longer carry condoms.
We expect President Masisi to re-invigorate the national campaign initiated by former President Khama. However, don’t hold your breath. During a recent interview session at the US Council on Foreign Relations, President Masisi expressed concern the disease was being spread by sex between older men and young women. His solution: “criminalize intergenerational sex”. REALLY?

Sowa councillors and moitoi to face off in court 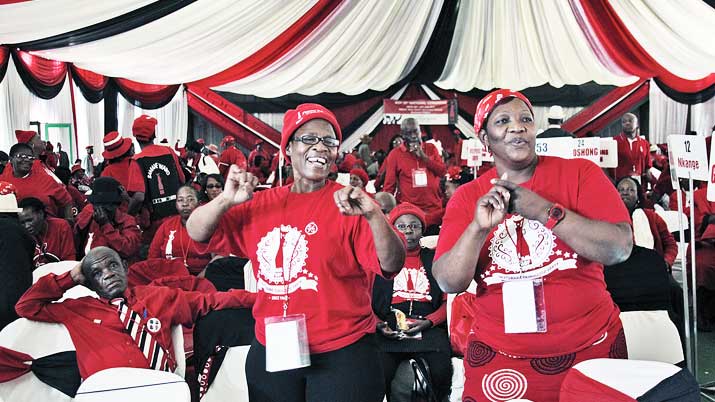