Following the Panama tax scandal it is safe to assume that Judge Ian Kirby has not breached any law as far as his response is concerned but the under aching question is whether it is unethical or immoral?Both perspectives of legality and immorality are correct in as much as they are wrong.
However, whatever perspectives one picks, it seems, it must be informed by a number of material questions that arises in the context of such an investment. These questions are necessary, given judge president Kirby’s standing in the society and his training.Again we must be mindful of the fact that the judiciary enjoys its confidence from the public in so far as the public has a positive perception towards it.
As academics would mention, like the rule against bias, perception too is not dependent on fact. Following Kirby’s response to the reports, we must interrogate the material questions, the interview given against the training background of Kirby and the purpose and choice of his investments in a tax haven.  Kirby’s legal training means that he is or should be a man of detail. Tax havens or such choice of investments increase the load of tax on the shoulders of the great body of citizens who do not desire or may not know how to adopt these kinds of investments. The choice is deliberate. Good or bad, legal or illegal. That is not the question.
Tax havens are highly secretive and they erode and corrode transparency and accountability. These are not the type of attributes a judge must posses or be seen to be promoting, knowingly or unknowingly, because of the secrecy, the returns on investment can never be known and their disclosure is left to Kirby only and his conscience. Interestingly, after 10 years on investment Kirby’s returns only came three weeks ago according to his account, he will make the declaration/return in the next coming annual year.
Now that is some serious coincidence, it may be innocuous but what is questionable is that, when he invested, he did so where and by whom was the investment to be made?The companies were to be registered where; operate what business and in which jurisdiction?Why the specific choice of registration of company and operate elsewhere?Did he leave all these matters to agents without first satisfying himself that the mode of investment and the place of operation will not peddle or attract illicit financial flows and avoid tax?
After registration and during operation didn’t he follow up on registration documents and whom the agents engaged on his investments were?
How probable is it that he meets the name of the firm Mossak Fonseca for the first time when they managed the paperwork of his investments for 10 years?
On the Judicial Code of Conduct Kirby seems to want to pass the buck for omission on declaration of assets and liabilities to other judges. Certainly the Code was approved by all of them and he was part of them.In a court of public opinion, Kirby unfortunately has a lot to answer and petrifyingly the perspective of those who say he acted immorally and unethically, may be difficult to dislodge.
In the stew called the Panama Papers resides a classic white-collar crime; corruption, tax evasion and money laundering. Secure in secrecy all sorts of criminality obtains. That is not the company a judge must keep. Tax havens have deprived the poor of development as income that is supposed to be taxed is hidden away.
There is something repulsive when drug lords and convicted criminals find themselves partnering with judges.
If there is nothing repulsive about the Panama Papers why is the world outraged?
Even President Barrack Obama following the Panama Papers a few days ago gave a strong worded speech against tax avoidance. He called it a big global problem. He stated that the problem with this scheme is that it is legal above all.
“It’s not that they’re breaking the laws, it’s that the laws are so poorly designed that they allow people, if they’ve got enough lawyers and enough accountants, to wiggle out of responsibilities that ordinary citizens are having to abide by,” he said.
As Obama stated, these are loopholes that only wealthy individuals and powerful corporations have access to and they come at the expense of middle-class families, because that lost revenue has to be made up somewhere.  While our own Presidency has remained mum on these tax matters, some which this publication has been exposing previously, it leaves a lot to desire about its commitment to fighting corruption and driving for better economic and social welfare of Batswana. Such loses in billion of pula impede of the country’s investments in institutional infrastructure, opportunities and distribution of wealth. We urge President Ian Khama to call for an investigation into this nation’s tax issues and vie for strengthening of our financial investigating institutions and laws. 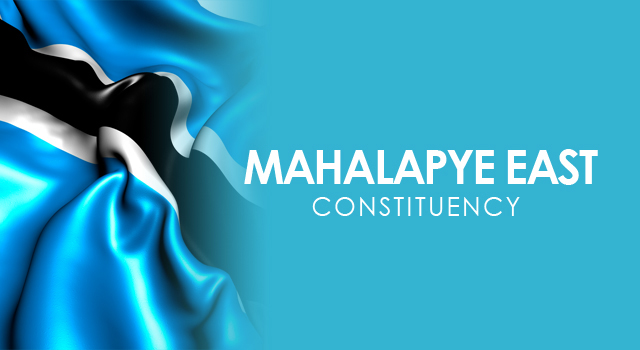