We need to accept as a nation that Leadership in Botswana has reached a melting point, as a nation we need serious introspection to avert a total collapse of what has been a strong symbol that defined us and separated us from the rest.
We have observed that over time signals were becoming very clear that the foundation that formed this nation was challenged and the New leadership style of Nepotism, Entitlement, Corruption and Stealing was ushered in with little resistant. Leadership Failure is visible in Both Public and Private Sector.
We are shocked but not surprised by what happened at the Botswana Movement for Democracy Congress. The entire Leadership should accept the failure and honestly introspect. We would like to go back on memory lane to show the Leadership failures we are referring to so that we make sense to most people.
The Gantsi Congress that ushered the immediate past leadership was the source of all problems. We were told that the majority of the team that was elected was not working together cordially. We know since that congress trouble has been brewing at an alarming rate with no reprimand from the leadership; if this is what to expect in future we are in serious trouble as a nation. Leadership is an Honour not an Entitlement, Leadership is Visionary, Leadership is the ability to see possibilities, Leadership is the ability to embrace even your opponents and all these are the tenants of Good Leadership.
Botswana Development Corporation has announced that it needs P 10 Billion to fulfil its mandate. The biggest surprise with this request is that as per their business model they want to create about 25, 000 jobs. The first point we all miss is why Botswana Development Corporation was created. Botswana Development Corporation was to be a vehicle that all Batswana should use to create wealth for themselves and the Country. How many Batswana are accessing Botswana Development Corporation and using it, statistics don’t lie very few and the model they are using is best suited for a Private Company than a Public Enterprise. Leadership failure has been a norm at this Public Enterprise; why should we continue to have Board of Directors with no interest in rendering strategic vision to this Public Enterprise and continue paying and retaining them? The model that Botswana Development Corporation has adopted will make very few people wealthy and the majority poor. P10 Billion will create 100 000 to 1 000 000 jobs or more, that is a fact so this is a clear Leadership Failure.
Citizen Entrepreneurship Development Agency is one Public Enterprise that is characterised by Leadership Failure. Citizen Entrepreneurship Development Agency was created to make financing easier for Batswana. We know Citizen Entrepreneurship Development Agency has provided statistics on how their billions have created opportunities. We acknowledge that and appreciate their effort; what is not matching is the billions spent compared to jobs created; the answer to this is very simple Citizen Entrepreneurship Development Agency has been funding defaulters with a hope that one day they will be successful. Leadership failure is no longer a problem for those in position of responsibility as long as their families and friends are benefiting.
We are living in a dangerous society, serious problems are emerging. We are confronted by hungry faces everyday asking for P2, P5. P10, and P20 to survive; if these signs are not enough for all of us to realise the need to share the wealth of this country equitably then we are riding on a dangerous road.
Gibson Matenge
Billionaire Consortium

BMD needs the power of dialogue 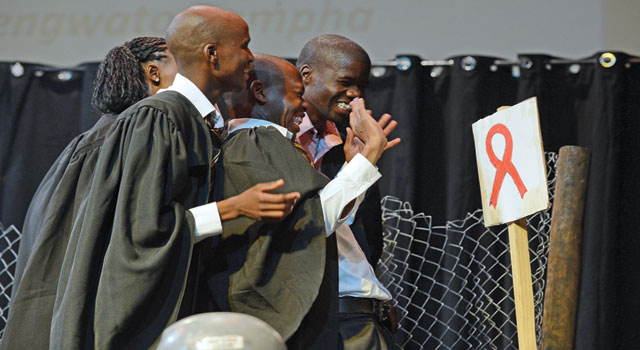