If President Mokgweetsi Masisi becomes the first Botswana president to be voted into office in October – and that is a possibility, however remote, he will be remembered on the international stage for two major changes in Botswana’s political landscape.

Early this year, he lifted the ban on hunting elephants in place since 2014. This brought howls of protests trumpeted around the world, and led by former President Ian Khama, the darling of the conservation movement, who had introduced the ban in 2014 and supported the Khama family interests in the photographic safari business.

Late last year, following a brutal attack on a transgender woman, President Masisi, unlike his predecessor, signaled his support for the LGBTQ community in Botswana saying “ there are many people in same sex relationships in this country who … like other citizen ..deserve to have their rights protected.”

And just last week, the High Court in Gaborone struck down the colonial era provisions in the penal code which criminalized homosexuality. Speaking for the full bench of the Court, Justice Michael Leburu said that “Sexual orientation is not a fashion statement. It is an important attribute of one’s personality,” declaring that the provisions of the law were discriminatory and therefore unconstitutional.

The decision of the Court, and the implied support of President Masisi, was greeted by cheers of approval around the world as Botswana was praised for its progressive initiative, becoming one of only seven countries out of the 54 states in Africa to decriminalize same-sex relationships.

The decision of the Court is only the start of the process to bring equal rights to the LGBTQ community. Changes must be made in a number of other laws to allow for same-sex marriages, adoption of children by same sex couples, ability to serve in the military, and discriminatory inheritance and property laws.

If President Masisi is really serious about removing these discriminatory practices, he has to bring legislation to Parliament to remove the offending clauses. And he doesn’t have much time. There are only two sessions of Parliament scheduled before elections are due, after which he may not be in office.

In the 18 months since he became President, Masisi does not have much to boast about in terms of a domestic agenda. Apart from firing the feared head of DISS, what else can he point to which sets him apart from his predecessor? With barely three months to go before he must face the ballot box, does President Masisi’s track record show Batswana what his post-election presidency will deliver?

Botswana is facing a declining economy, and rising unemployment – particularly among the youth where at least four out of ten young people don’t have jobs – and thousands of Batswana are dependent on Ipelegeng for survival. State owned enterprises are collapsing sucking billions of Pula out of the economy; and corruption remains rampant.

Vision 2016 called for bold, innovative solutions to Botswana’s problems if we are to improve the quality of life for all Batswana. Well, Vision 2016 has come and gone, and the same problems remain. There is nothing in Vision 2036 to suggest that “bold and innovative ideas” will be central to Botswana’s economic strategies. Nor does the BDP Manifesto contain news ideas, new thinking, and the radical change needed to rescue Botswana from continuing the stagnation experienced over the past 15 years.

It is the immutable law of entropy that dictates that if societies do not change, they are condemned to continue along a path of decay and eventual death.

For the past 54 years there has always been light at the end of the tunnel. Now it appears there is not even a tunnel. 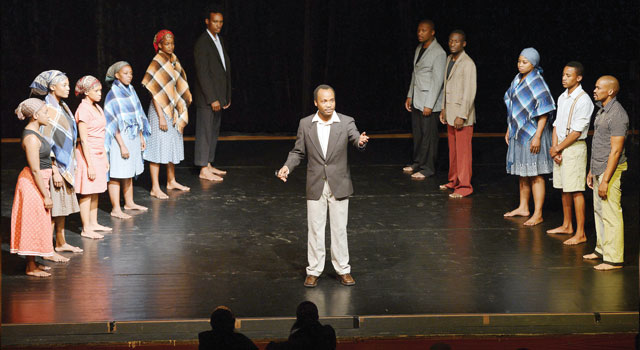