It is now crystal clear that the sudden closure of BCL Mine and its subsidiary, Tati Nickel Mine will remain topical for many years to come. After the pomp and celebration of Botswana’s Golden Jubilee, a possible death knell was dealt to not only Selebi Phikwe and City of Francistown, but will continue to have a domino effect on the rest of the country, its institutions and businesses that it dealt with. Ultimately many people especially the lowly of society.
While many ululated at the decision to close the mine, as the truth gets revealed through media reports about the irregular manner sinister motives behind the decision, it is finally dawning on most that the closure has more far reaching consequences that they imagined.
Aggregated with other economic shocks that the country has experienced in recent times, it can be expected that a lot of the effects will go unquantified and therefore unmitigated. It is a given that this has exacerbated the unemployment situation which is already acute as it is.
In recent times, the effects of other occurrences have also gone unquantified, such as the two month long Mother of All Strikes of 2011, which nearly shut down Government. Small and Medium Sized Enterprises that dealt with Government and relied heavily on work sourced from it, had to close down because of cash flow and operational challenges. Power and water challenges have also added to such woes, besides other numerous factors.
We are not behaving like a country that is on its death bed because there is a propensity to premise the picture we have of ourselves as a country, on a narrative coming out of foreign lands. We must accept that the world is getting more competitive by the day.
It is also clear that Botswana’s largely undiversified economy will go on an unmitigated downward trajectory if no extraordinary efforts are made to harness any and every great idea that the citizens can help Government with. The market place of ideas is overflowing from the thousands of highly trained professionals.
While it is evident that some platforms, such as the recent Job Summit, exist for passing ideas to Government to help stimulate economic activity and create substantive employment, it is not equally evident that these discussions lead to deliberate interventions that are binding on those tasked with implementing them. Many high level people who attend these forums, call them ‘mere talkshops’, in hushed tones ofcourse.
While the authoritative figures play politics with the lives and livelihoods of the ordinary souls who are burdened with numerous dependents, it is the self same Government that will have to grapple with rising social ills and crime because of inactivity and lack of hope.
But some things are low hanging fruit and no excuses should be made. It has been suggested in some quarters, that the State President should sit in a room with a hand full if not most of the talented professionals this country possesses, regardless of political orientation, and soak in the kind of ideas that will keep this country relevant and competitive, against rising stars such as Rwanda and Mauritius.
One investment guru has suggested that instead of saddling itself with the burden of unsustainable safety net programmes, Government could invest as a hypothetical figure, a thousand pula for every new born child, an amount which is expected to double every four years, as per investment trends.  With such an arrangement, never mind the modalities, but at the age of around 60 years, every citizen would be blessed with  a cheque of just over P4 million to better their lives even after their working age, something which could take away a lot of the stress of governing the country.
Still, many feel that keeping people in poverty for the sake of patronage, is a science in its own right, that has been practised by Governments all over the world from time immemorial.
A democracy also suggests that the citizens are ruling the country from the comfort of their zones, because they have elected a Government that looks out for their interests. But the realities are different. Partisan political agendas find themselves at the forefront of the national agenda in a overt but silent manner, superseding the national interest. The small matter of ‘no money’ implement such an initiative, can be dealt with by creating better efficiencies and collecting levies that fall outside of budgetary processes, distorting the information on resources actually available.
It is disheartening to many to learn of the purchase of Gripen fighter jets for Botswana Defence Force which cost in the region of P18 billion, in the face of dire challenges prevalent.
Let us all help save Botswana.
“One day the poor will have nothing to eat but the rich’ – Jean-Jacques Rousseau

Lies are at the centre of bcl mine closure 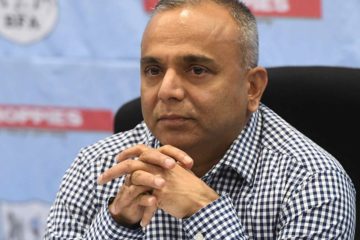