Since November 2017, women and men have been banned from expressing their frustration at men or for sharing their stories under the banner of the #MenAreTrash. The 7 month old ban has finally impacted Botswana where people wishing to speak out over men’s transgressions, are now saying that Facebook is trash too.
The anti-patriarchy movement is not far from the truth when it goes for broke and labels men as trash. If you follow the news closely, you will not miss the blood-curling day to day headlines: man stabs wife; woman raped and left for dead; man molests 2 year-old; politician accused of sexual exploitation: headlines from Gaborone all the way to Hollywood and everywhere in-between. Maybe we are trash after all.
The battle cry of the #MenAreTrash and the #MeToo movements is clearly audible across the globe, and recently Facebook, as the purveyor of all that is good on social media categorized the phrase “Men are Trash” as hate speech.
Facebook does not only block the usage of #MenAreTrash but issues warnings against it’s continued use as well. The ban clearly shows how eerily close we are to a dystopian future where the freedom to protest can be curtailed by Mark Zuckerberg and a tiny group of powerful men and women creating algorithms within Silicon Valley.
Unlike western nations that have well defined social protection policies, privacy laws and, in all honesty, greater expectations on standards of morality, in Africa, generally, patriarchy seems to be a living, breathing, cultural construct driven by masculinity alone where women have no voice at the table.
By weaponizing #MenAreTrash #MeToo #BringBackOurGirls, women are seeking to shift the power balance. The old idea that wars are only fought by shredded muscle and shattered bone are over. The digital space has revolutionized the ability and freedom to stand up and fight against oppression and abuse. Facebook should not take this away from women (and men) and mute their justifiable outrage, it should not seek to close off a physically safe space rendering them unable to speak out for their rights against gender-based violence.
Over the weekend (June 23/24th) a young woman’s body was found naked and dead at the annual 1000 km Desert race event, police suspect rape as well. Frustrated members of the community were at pains trying to unite their outrage with a global movement against gender-based violence. Attempts to adopt the phrase “men are trash” in solidarity with people from across the globe were thwarted as Facebook prohibited the posting of the 3 united words and threatened to block the user for hate speech.
Almost every day a woman is killed or falls victim to gender based violence and our patriarchal society has failed to protect our sisters from the scourge. Any avenue that helps women speak out should not be curtailed but encouraged.
Ironically, as a media publication , it is shocking that even as we write this opinion, our Facebook page will not allow us to publish it on their platform as it is littered with the words “#MenAreTrash”. The social network should not forget that ‘Men are trash’ stems from the inability of most men to recognise that they enjoy considerable privileges and benefits just because they are men, to the detriment of generations of women.
We must never forget history persistently vindicates those who are most outspoken and seek to break the chains of accepted bondage. 100 years ago, women were arrested and detained for demanding the right to vote. At our current level of social development, is it right to curtail their demand for justice against gender-based violence and discrimination?

Tribute to Beata Kasale – A Media Icon of Our Times!

WILDERNESS DUCKS INTO THE SHADOW WORLD 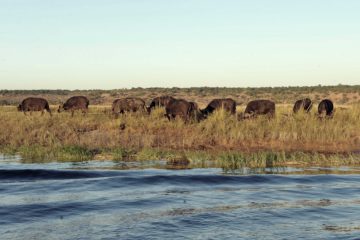