The Botswana Gazette exposed the failure of Members of Parliament to uphold the laws which govern their entry into the August house in January 2018.

Minister of Presidential Affairs, Nonofo Molefhi two weeks ago confirmed our reporting that all MPs failed to file their election returns in accordance with the Electoral Act. Incredibly there has been little public debate on the flagrant disregard by the Legislature to obey the law and absolutely no action has been taken by the Speaker, Parliamentary Counsel, the Attorney General, The Independent Electoral Commission and the Executive to enforce the law, as they are empowered to do.

As a nation of laws, governed by the law we as a Nation constantly pay homage to our national respect for the Rule of Law. Our Courts have repeatedly claimed we are all subservient to the rule of law, and President Masisi has publicly stated that we as a nation need to return to the rule of law, while Leader of the Opposition has made it a career of arguing on the rule of law, from both a political and professional perspective.

Our courts, as with courts in a multitude of common law jurisdictions have categorically stated that laws can not fall into disuse, unlike customs and business norms. Common-law rules can fall by the wayside, but legislation cannot. Laws cannot simply disappear, for a law to cease to have effect it must be repealed by a competent law-making body such as parliament or declared invalid by a court.

The noncompliance with the Electoral Act by members of parliament is a national disgrace, and an emergency of epic proportions.

It is unconceivable that the Minister of Public Administration can openly acknowledge that the Law can be violated, and MP’s should instead of rectifying their position; pay the fine imposed by the Constitution. This was never the intent of the Constitution, laws are not made to be broken at the convenience of law makers, who ought to and do know better the value of the relationship between laws and governance.

Regardless of the constitutional fine, it is important to appreciate that Molefhi failed to address the most damning consequences of the MPs’ failure to comply with the Electoral Act; section 87 (3) of the Act prohibits a person who has won an election from sitting or voting in the National Assembly if they have not complied with its financial reporting provisions and that in the event they do so vote, they are committing an unlawful act. The prohibition of participation in the parliament, remains enforceable and yet MPs sit with impunity unlawfully earning salaries on our tax pula.

Under Khama, Botswana witnessed a civil service that was only able to function on the direct control of his authority. While much spoken about in the media the level of Khama’s autocracy was seldom challenged and continues to live on and haunt Botswana for the next generation at the very least.

The doctrine of separation of powers became so muted that it ceased to be controversial that the Attorney General sought to reinforce it in court on Khama’s behalf. Laws were trampled, administrative decisions were ordained by Khama with little regard for Government structures and procedures. The flouting of the law became common place, from the construction of Mosu to the undermining of democracy, protection institutions ceased to raise controversy. Those that did speak out were met with retribution. Under the Khama regime, meritocracy vanished and governance, if it can be so called, become entrenched in those with a “name” or money.

Molefhi in answering the question in parliament on the lack of compliance with electoral laws advertently or inadvertently perpetuates Khama’s legacy of flouting laws at the convenience of those that govern us.

The Speaker, cannot allow those whom she knows have not complied with the law to participate in parliament; Parliamentary counsel is under a duty to ensure the laws of Botswana are upheld and the Attorney General who ought to enforce all laws no matter whom they may affect are all failing in their duty to the people they serve, the nation to protect those who appointed them, the legislators, who in turn serve us. It is a key aspect of the Rule of law that all are treated equally, no matter their standing in society and the position they may hold.

We were, two weeks ago told in no uncertain terms that all are not equal before the law. As Batswana we must speak out against this. We cannot continue to allow our law makers to act with impunity when they disregard the law. The flouting of one law will lead to another violation and another and another after all what more harm can be done when the law has already been broken.

Botswana is at a crossroads, because we, or the vast majority of us remained silent when we ought to have spoken out against Khama’s disregard for government procedures, rules, regulations and the nations laws. We are facing political infighting on a scale unknown to our nation because we remained silent for 20 years of Khama as Vice President and President.

If those entrusted with enforcing the law do not act and bar MPs from sitting and voting in parliament then we cease to be a nation of laws, we cease to give equal protection of the law to all and we run the risk of our current president or future presidents of disregarding the law to suit their needs. It is us, in our silence that will create the dictatorial regime we so barely escaped so recently. The Attorney General must act; the Speaker must act, and president must act. If Mps fail or are unable to comply with the law, then let parliament’s quorum fail and elections be called early. Rather that, than the continued disregard of the law. 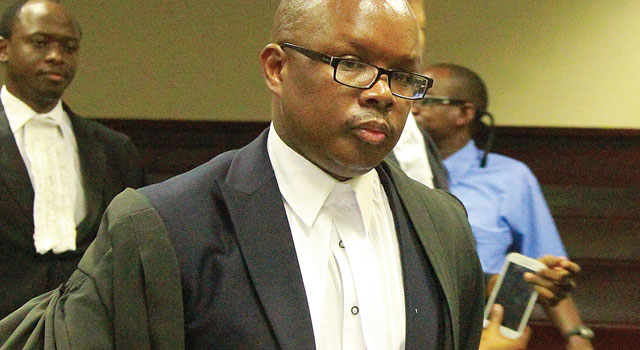