The Botswana Centre for Human Rights is concerned by the recent reports of the liquidation of BCL mine and the closure of Tati Nickel Mine, due to the dire implications on human and development rights of both the workers and their families.
While it is recognised that mines have a finite life, it is nevertheless important for appropriate and effective planning to be done in order to prevent sudden and unexpected job losses. There is an estimated worker population of 5-6000 and  effective overall population of 10 000 persons directly and indirectly linked to mining activities. Consequences of liquidation and the termination of contracts include loss of access to education and health care facilities for mineworkers and their families.
It is not clear whether there was effective, participatory consultation conducted, about the potential liquidation, with those directly affected prior to the decision being taken by the Government.  The Selebi-Phikwe Economic Diversification Unit (SPEDU) Regional Economic Development Agency was established to ‘diversify the regional economy from mining’ (Government of Botswana).  It is projected to facilitate the creation of about 10 000 jobs, in four years (Business Weekly). Its focus areas are tourism, horticulture and manufacturing. However, little is in the public domain about how effectively SPEDU is able to deal with the immediate challenges arising from the cessation of some of the contracts of mineworkers on 31 October 2016. These include high levels of unemployment.
DITSHWANELO has identified a number of human rights and development issues which are a consequence of the closing of the mine. The unemployment rate will increase, thus contributing to an increase in the number of households living in poverty. Post-employment rights of mineworkers, which include pensions and gratuities need to be assured. Environmental impacts have been associated with BCL for a number of years. These have direct effects on the health of the mining community.
The relationship between Human Rights and the Extractive Industry is an area of human rights in which DITSHWANELO became involved in 2012. Through its work with Batswana apartheid-era gold miners who have contracted silicosis, DITSHWANELO facilitated the establishment of the Botswana Labour Migrants Association (BoLAMA) in 2015. It is critical that socio-economic issues related to mining are anticipated and dealt with timeously. Under our BoLAMA project, DITSHWANELO is currently assisting with compensation packages for ex-miners employed in South Africa from before 1966 to date.
DITSHWANELO therefore calls upon the Government of Botswana to:
. adopt a more inclusive manner of dealing with issues relating to mining. This includes recognising that all companies have a responsibility to respect human rights. This, regardless of their size and ownership. The UN Guiding Principles on Business and Human Rights provide the ‘respect, protect and remedy’ framework for protection of rights and exercise of responsibilities of the State, Business and Stakeholders;
.    release a report about the circumstances which have led to the liquidation of BCL mine; how the government intends to deal with the consequential issues identified; whether there is a possibility for the mine to remain in operation and if so, how; and put measures in place to advise and support miners and their families about the consequences arising from the liquidation of BCL mine. Strong relations with the miners and their families, based on transparent communication is essential. Clear grievance mechanisms should be in place to deal with any matters which may arise.
DITSHWANELO Centre for human rights. 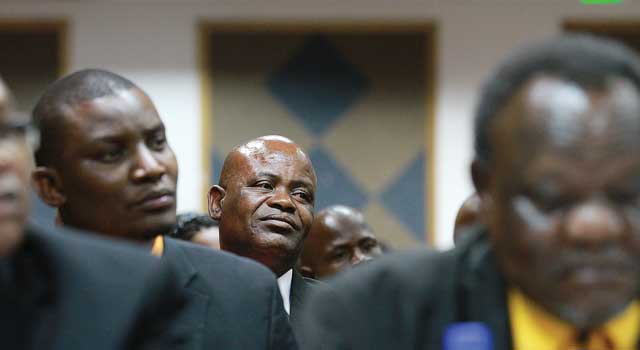