The recent reports on Minister of Environment, Wildlife and Tourism’s management of the sector and his extended control of BTO have raised questions into whether he respects his duty to preserve good governance and transparency at the parastatal.
BTO’s outgoing CEO has spilled the beans on an opaque operation that saw Tshekedi Khama directly appoint a questionable company with no track record to market and promote Botswana’s tourism overseas. Parliament questioned the move, and research also shows that the company is largely unknown and not visible on line, nor is it among reputable tourism and travel marketing multinationals. The Khamas have hijacked the tourism industry and operate it like a family business with the President holding significant interests in major tourism facilities such as Wilderness Safaris, and in such tourism related activities as Khawa, Makgadikgadi, Air show, sky diving and rhino conservation.
President Khama is also the patron of Kalahari Conservation Society and reports have shown that he has resorted to barring some communities from benefiting from their local natural resources, like in Gcwhaba where he is personally withholding keys to the caves. The Tourism Development Fund has also remained a vague animal with no show for its investments and beneficiaries while millions were pumped into it in the last budget speech.
It was strategic of the President to appoint his own brother at the helm of this ministry, and it is no surprise to see that he has a personalized grip on related institutions and is promoting such repressive policies like Shoot To Kill and others barring Basarwa from hunting and gathering in their ancestral land, only for mines to mushroom.
In parliament TK has conceded that his advisors, the PS and the BTO CEO may have misled him but the onus also lies with him to observe principles of good governance, especially because he directly picks his own preferred companies for public tenders without due processes.
It is also irreconcilable how a Marketing Officer was left to sign a contract of P17 million without neither approval of the BTO board (inactive for nine months) and CEO. It appears that Jillian Blackbeard, a junior in BTO ranks, went to Dubai to negotiate and sign a contract on behalf of BTO resulting in finger pointing after it emerged that the CEO was not involved. TK claimed the CEO is the one who sent Jillian to Dubai and knew about the P17 million deal she signed: a claim she herself repeats.
It is clear that the board may have been frustrated of being lame-duck and only existing to rubber-stamp decisions they did not approve of. This has opened room for corruption and preferential treatment of companies with links to the politicians. Tourism is second to diamonds in the GDP: having failed to diversify the diamond sector which is also said to be facing a gloomy future, it would be noble of the Khamas to play the game of calculated and sustainable economics with this sector.
The elephant in the room that Khama does not want to hear is the word ‘corruption’ the mother of all inequalities, crime, poverty and socio-economic breakdown of any country’s systems. The cost of undoing these is also gigantic and often leads to the rise of dissidents, rightly so. Khama should keep to politics and allow experts he employed to manage the sector. In the wake of illegal predator trade which was reported about, it is not clear what action he took to bring those implicated to book or reverse the value the country lost under the unethical practices that obtained under his watch.
It might be politically incorrect to say today’s politicians are less accountable than those of yesteryear but that’s the sad truth. It also remains unclear if todays politicians are here to serve the nation or just the interests of their friends and families while trampling on the unsuspecting, battered public. 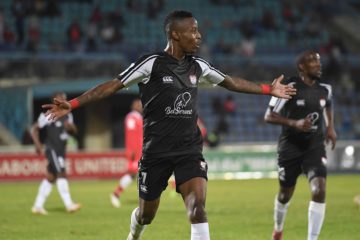