The Botswana National Front (BNF) is concerned by the recent closure of the University of Botswana (UB) by the University Council and the Ministry of Education. The closure is a clear case of poor corporate governance and the general failure by the Botswana Democratic Party (BDP) led government to effectively and efficiently run public institutions and the country at large.
For years now, government sponsored students have been complaining of late payment of allowances and underpayments. Students have been complaining about the monopolised book store, which together with the only supermarket on campus are extremely expensive. They have complained about hygiene and the quality of food at the institution’s refectory. This plethora of complaints has not been addressed for years now, though communicated to relevant authorities. There seems to be lack of transparency, consultation and accountability in the way UB student affairs are being run and managed. The social dialogue platform seems to be non-existent as the students complain that attempts to meet the Vice Chancellor and Minister of Tertiary Education, Research, Science and Technology have failed. If there was genuine timely intervention by the authorities, such skirmishes would have been avoidable. The authorities failed to uphold their contractual obligations of crediting students’ monthly allowances. It is difficult to fathom how students are expected to survive without their allowances in these difficult times.
The Ministry of Tertiary Education, Research, Science and Technology have dismally failed as all levels of the education system have since completely collapsed under the BDP led government. Recently the nation received the ever poor and embarrassing results of the Junior Certificate Examinations (JCE). The awaited Botswana General Certificate Secondary School Examinations (BGCSE) are expected to be equally bad this year. Students from tertiary institutions have also suffered the same predicament and are roaming the streets in thousands as they are unemployable and incapable to start their own businesses, thanks to the poor education system. The poor state of the education system has destroyed many lives of youths of this country. The BDP led government should account for this disastrous and messy education system that they have put Batswana into.
The BNF has for decades now called for a general overhaul of the education system and recommended the tried and tested quality education with production. BNF Social Democratic Programme and its many manifestos have long identified education as the key solution to the socio – economic development of this country. The BDP policies, visions and programs have failed Batswana. The Revised National Policy on Education has disastrously failed to take off and give Batswana quality education. Vision 2016 falsely proclaimed “prosperity for all” while actually it has been prosperity for the Khama family, some selected BDP activists and their friends as they continue to loot the national resources. Vision 2016 pillars are just an embarrassment, especially regarding the promises of “an educated and informed nation; A compassionate, Just and Caring Nation; A Safe and Secure Nation; An Open, Democratic and Accountable Nation; A Moral and Tolerant Nation; A United and Proud Nation”. The reverse effect of these pillars is what the UB students have been subjected to.
Batswana should be afforded the best quality education that will solve unemployment, poverty, diseases, crime, etc. And the country is well endowed with enough resources to manage a 2million population to prosperity.
The latest developments at UB, including low enrolment and corporate governance issues are a harbinger of a collapsing institution, as some private institutions are strangely favoured by the government over public institutions. The grand plan is to collapse and close the UB like they did with other state funded Colleges of Education. The closures have benefited some well connected BDP favoured private tertiary institutions.
The BNF therefore calls upon the Department of Tertiary Education Financing; Ministry of Education, Research, Science and Technology and the UB to improve on their processes as they have been processing UB students’ payments for years now. An effective and efficient system by the stakeholders will ensure students are paid their dues well on time and in full. Social dialogue should also be promoted where the students are constantly engaged.
The BDP has massively disappointed Batswana in all levels of socio-economic development and should have long been removed from power. Arrogance, corruption, misrule, mismanagement and maladmistration now characterises the BDP way of governance…The UDC should be supported all the way to change government in 2019 and to save, among other things, the country’s education.
Thank you
Justin Hunyepa
BNF Publicity Secretary
NB: This article has been edited for length.

Supreme, Knight Frank get no mercy for tax “avoidance’’ 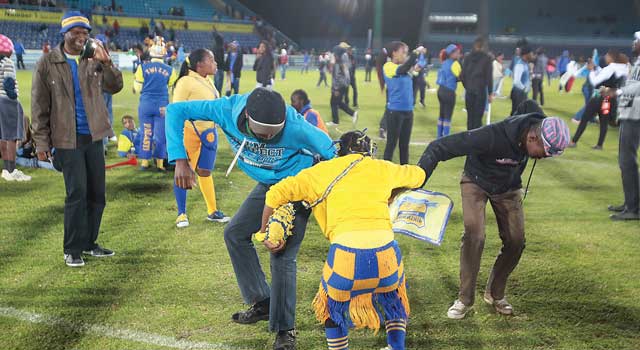