The Botswana Democratic Party Youth Council will be heading to its elective congress in Tsabong in February. Already names of those eyeing the position of chairmanship have been circulating and some have already started traversing the country in search for votes and supports from constituencies across Botswana. Among the names that are circulating is Bruce Nkgakile, Collen Mochothi ,Foxx Segwai, Simon Mavange, Ronnie Kgathi and Vuyo Yane, all who there are capable in their own right, but politics has since evolved, it doesn’t only need politicians, it also requires people who talk and walk the talk, people who can inspire, people with a trail of success.
That is why before the writ was released, I had wished to see Bruce Nkgakile, Collen Mochothi and Foxx Segwai forming one team, with positions on Chairmanship, Vice Chairman and Secretary General split amongst them. Not that I support lobby groups, because most of the times incompetent individuals are fielded under strong candidates and end up leading even people who could have offered more and normally they are built out of friendship before anything else, that is why even in parliament we find ourselves having area MPs who can’t debate nor advocate for their constituencies, it’s because they hide behind the BDP and the UDC during voting, in parliament they are clueless. These three to me can be what we have yearned for as democrats: to be led by a youthful lot that has been tried and tested in different fields, youth who would actually inspire us and create opportunities for other youth.
Don’t get me wrong, and I don’t wish to be misquoted, I am not taking anything away from those I haven’t mentioned here, I wish I could point out a few things about them, I will do it anyway. Simon Mavange is the outgoing Secretary General of the current committee which was led by Andy Boatile, a very influential position that I personally believe he has underutilized or underperformed in. Only he can give us answers as to what he has done to help better youth lives especially in the BDP. The fact that he now seeks another term, this time as Chairperson, is scary and a bad move on his part, he ought to first to show democrats what he has done, what his goals were and what were the achievements and limitations.
The BDP is at a time where it needs a leader who can debate on issues of bread and butter, who would advance issues affecting the youth, its needs a leader who would help appeal to the youth and recruit the youth to it. We are fast approaching 2019 and if democrats don’t assess the way they vote, batla supa puso ka monwana, ele dilo tsa bomo.
The fact that Bruce has decided against having a lobby list was a brave move on his part as he now has to convince 57 constituencies to vote and support for him. Bruce has a very rich profile, being the Director of Miss Africa, Founder of National Setswana Debates and Kgang Tseleng television show, being an entrepreneur, he has been exposed to different fields that he has tapped into to make himself what he is today. This is the kind of leadership we need amongst the youth, not only the BDP, but across all leadership positions. We need Youth who will help elders open up markets, create opportunities, we need to merge elder’s ideas with robust youthful ideas, leadership that would help ease the pressure of government in terms on job creation and enable the private sector to jump onboard and recognize the impact the youth can make in areas which are yet to be fully tapped into.
Why Bruce Nkgakile, his motto is “Driven to drive the Youth Forward’’
He is definitely the one with a dream to secure the dreams of young people. We live in a time where politics no longer needs politicians but men and women who are of substance and progressive in their thinking.
The economic quagmire we face needs business acumen. Someone tried and tested who has demonstrated the zeal and will to do a great job in their own little spaces.Gone are the days when political office was sought for prestige or connections. Now is the time to SERVE. I need a bigger voice to voice your concerns; to defend, fight and protect your future by supporting this man.
All our problems can be cured through economic emancipation. Here he stands.
In my Own Personal Capacity
Thato Best Dineo
Gaborone Central
BDP Village Ward Treasure

Individual Rights and Liberties in a Conservative Society, Why Botswana must accept sexual diversity 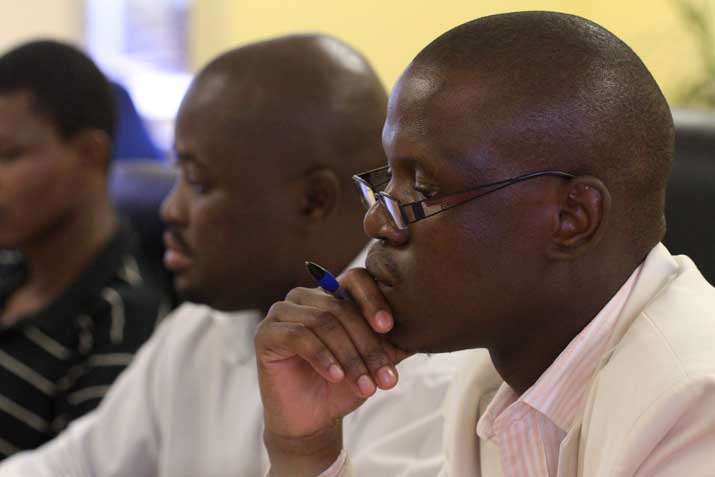