Botswana-china cultural night held at SSKB Auditorium over the weekend was a splendid display of Chinese and Setswana culture. The show, which is an initiative by the Chinese community to promote cultural exchange started off with Chinese opera telling popular Chinese legends and folk lore.

For a people often viewed in Botswana as somewhat uptight and unapproachable, the Chinese showed a jolly and fun loving side. Their love and commitment to the arts and culture was evident in their attention to detail; from the extravagant and colourful traditional Chinese costumes, to the transformative make-up and on point choreography and singing.

“Botswana and China’s interaction is usually economic and political so the cultural night seeks to bring cultural exchange to the fore so that the two can appreciate each other’s cultures.” said one of the show organisers Simon Warambwa.

Martial arts display was part of the night’s ensemble. This included southern Chinese kung-fu, knife stick performance and martial arts display by Motswana martial artist Kabo.
The main highlight of the event was actor, singer and choreographer Lin Hui, who has made a name for himself back in China, though he is also based in Botswana. He has a studio in Gaborone that offers martial arts training as well as mandarin dance classes for keen locals. There was however a low turnout of Batswana compared to the Chinese community who turned up in large numbers.
Representing Botswana was Juju Boy and the queen of afro jazz Nnunu Ramogotsi who gave her best performing tracks Mampi, Mmasonoko, Role la Tsie and a collaboration with Lin hui, singing a Chinese classic Moali hua (meaning the flower Jasmine), sung in Mandarin.

Commenting on what similarities the Chinese and Batswana have in common, Nnunu pointed out many. “The Chinese people are very humble people and like Batswana they like to really connect with the people they work with”, said Nnunu. 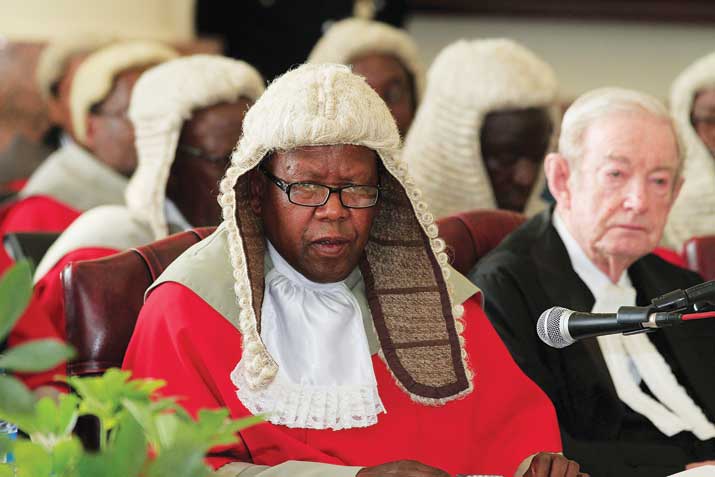