This year, the African Muzik Magazine Awards (AFRIMMA) will have a taste of the finest of Botswana’s performance art as more Botswana’s groups have been drafted in, over and above the nominees to the awards, to perform in an ensemble at the awards opening ceremony on October 10. Traditional music songbird Jojo, Topito and cultural group, Ngwao Letshwao have been selected to light up the opening ceremony. “The artists will team up with this year’s award nominees, Zeus, Vee Mampeezy, Punah Gabasiane and Samantha Mogwe to form a music ensemble that will perform together in Dallas during the opening night,” explained Public Relations Executive at Botswana Entertainment Producers Association (BEPA), Gilbert Seagile.

“When AFRIMMA organizers came to Botswana they really liked our traditional music and decided to add the three performers to the list of artists who will perform during the opening night after seeing them perform. They will perform alongside other selected nominees from different African countries as well as the American Neo-Soul artist, Erykah Badu. The artists in the music ensemble will perform their songs together,” said Seagile.

The elated Jojo, known for her lyrically explicit song, Mpatiseng said the opportunity to perform abroad is a dream come true. The Mmadinare born artist has performed in South Africa, Malawi and Lesotho before. She will release a new album titled ‘Bo Rra Setori’ on September 11th and she will perform some of the new songs from the album at the opening night. Topito has also stayed her time in the traditional music arena and among his many hits is Bagolo bame ke botsa potso. Ngwao Letshwao, a cultural group, is not new to the international stage as they have participated in many cultural exchange programs around the globe.
Moreover, when the founders of AFRIMMA, Anderson and Ofeoma Obiagwu visited the country last year they made a mention of the possibility that the award pre-party being hosted in Gaborone. Tumelo Lekolwane, a Logistics Officer at BEPA has confirmed to this publication that the decision has been finalised and the party will indeed be hosted in Gaborone. “We confirm that the award pre-party will be hosted in Gaborone. We, however, do not have the details as yet and they will be communicated as and when they become available,” he said.

Meanwhile, President Ian Khama was chosen the winner of the Transformational Leadership Award for the 2015 AFRIMMA in recognition of his contribution to the development of the arts and culture industry in the country. Khama will receive the award at the second edition of AFRIMMA, which will be held at the Black Academy of Arts and Letters, Dallas, Texas. 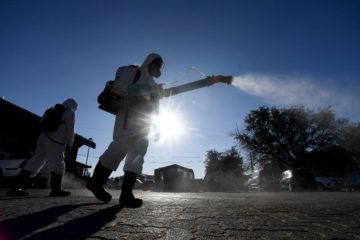