Director and producer of movie, A United Kingdom, are in Botswana to audition and cast for the movie. Director Amma Asante and producer Rick McCallum, together with their team of professionals are currently auditioning in Serowe at the Lady Khama Hall, and Palapye at the community hall. The team will audition in Gaborone from the 26th of September. The movie is based on the love story of Botswana’s first president Sir Seretse Khama and Lady Ruth Williams. The relationship caused havoc in the 1960s Southern Africa and really brought the region’s racial dynamic to a boil.
“Whenever you make a film which involves race issues, it is always a challenge because race is a very sensitive issue. It has taken about four years to take this movie off the ground,” said director, Asante. She added; “this story is about love. It is a story about a couple whose love overcame enormous concepts, and was a courageous love that left behind a legacy. That is why it is important and needs to be told.” Producer Rick McCallum said to ensure that the story remains authentic they decided to shoot both in London and in Botswana.
The team revealed that they will start shooting on the 10th of October, then move to London for another three weeks of shooting. The film will then premier in late fall of 2016, just in time for Botswana’s 50 years of independence. “We are currently auditioning and casting in Serowe and Palapye. We will start casting in Gaborone from the 26th,” explained Asante. She cited the reason for casting first in Serowe as a move to capture that originality of tone and features of Bangwato in the area where Sir Seretse Khama was born. According to Asante, the film will use largely English inorder to give the movie an international appeal. She however said there would be bits and pieces of Setswana in the movie.
Botswana Fixer, Arthur January, who has been closely involved with ensuring that proper government permits are obtained before shooting, told TimeOut that many Batswana will benefit from the movie. “Emerging actors, artists, musicians will benefit from this production. Already we have about 35 Batswana who will feature in the film, 10 of them have key roles while the other 25 will be seen in various scenes as supporting acts,” January said, adding that about 4000 extras will also feature in the movie.
The team mentioned that some roles will be played by South African actors although they could not reveal the names.
The character of Sir Seretse Khama will be played by David Oyelowo while Ruth Williams will be played by English actress, Rosamund Pike. “Botswana is not yet known internationally so that is why we had to choose two international actors for these leading roles because big names will definitely attract an international audience for the film. The two though are really passionate about this production, David for one loves Botswana as he has been here for No.1 Ladies Detective,” explained January. 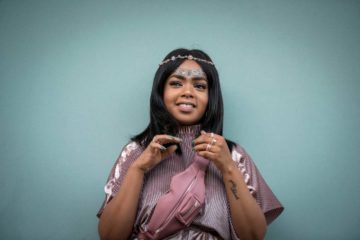