The highly anticipated Botswana Musicians Union (BOMU) 5th music awards slated for December 13th at the Gaborone International Convention Centre (GICC) promises to be one of the biggest local music event of the year.
“We promise the nation a glitzy and glamorous event as usual; one that is filled with excitement and so much entertainment. We have set up a committee that will be a driving wheel in order to attain the smooth running of the event,” said the Secretary General of BOMU Pagson Ntsie.

The awards are one of the exciting events that local artists who are members of BOMU look forward to every year as they act as a platform which helps most of them gain international recognition. “The awards are very important because they market you to be booked internationally. Last year a few Swedish people graced the awards and this year we witnessed the Kalahari Roses jetting off to Sweden to perform on international stages. They were well received and we believe the awards played a role,” Ntsie said. However, he urged artists to play their role and take themselves seriously professionally, to brand themselves and to look presentable in order for other people to take them seriously.

According to Ntsie, the awards will still be sponsored by the Ministry of Youth, Sports and Culture and there will be a sponsorship launch soon where sponsors will be acknowledged. “Negotiations between us and some local companies to be part of the awards are ongoing and we are expecting to stage better awards this year than last year. We don’t want situations where sponsors are confirmed 2 weeks before the big day because that on its own reflects lack of seriousness and unprofessionalism,” said Ntsie. Furthermore, he pointed out that they are currently negotiating with Botswana Television on the broadcasting rights, explaining that,“ we are determined to not let the awards to go on air without a broadcaster paying broadcasting rights as stipulated on the Copyright Act 68:02, which states that any work including audiovisual work, the recitation, playing, dancing, acting or  performing the work either directly or by means of any device without the original artist’s permission or reference is an offense. Offenders may face a jail term of 5 to 10 years or pay an amount of P20 000 to P40 000.”

Ntsie said the newly formed executive committee which consists of Phempheretlhe Bafana Pheto as the president, Botswelelo Tsekane as the vice president of Finance and Research, Otsile Ramorwa as the vice president administration and operations, and executive members Opene Motswetla, Berry Heart and Onalethata Sathama and himself as the Secretary General will see to it that the awards are a huge success.  “We wanted a person with a strong character like Pheto who can guide us in our specialised fields because of his good leadership skill for the success of the awards,” Ntsie said.

For his part the BOMU president , Pheto commented on the new structure and Executive Committee saying,  “The union is now made of four organs namely, General Assembly, Executive Committee, District Chapter and standing Committees (Disciplinary Committee, National events Organizing Committee, procurement and disposal committee, investment and finance Committee). Now there is specialization in our office which means things should run smoothly.”

Response to ‘Standard Chartered Board does not inspire confidence’ article 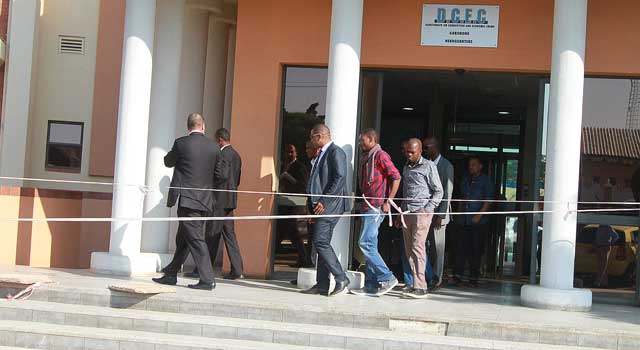