This year is certainly a promising one for the film industry. Botswood, a film production company which recently launched the film, Mpho le Mphonayane, once again have something juicy up their sleeve. The production company revealed that they have just completed shooting a 13 episode soapie which will air on BTV at a date yet to be disclosed.

“Botshelo Jo is a soapie that addresses family issues. The story is driven by 3 sisters who perceive life differently. Dineo who is well off undermines her elder sister Ditsile, while the younger sister, Thandie, is free-spirited. The drama follows conflicts in the family and in the process gives good counsel on life,” says its producer Fenny Lekolwane. She further added that they decided to call the soapie Botshelo Jo because the story addresses true life incidents and they felt the title resonated with the story line.

The soapie has a 32 actor cast who are complimented by 46 extras. Lekolwane adds that the soapie was initially inspired by a visit to Sasani Studios in South Africa which hosts and houses the soapies Rhythm City and Scandal. “We were taken through how a soapie studio is constructed as well as other aspects of making a soapie or studio drama and we really got motivated to come up with something similar here at home. The first phase of the production has 13 episodes and it will be playing soon on BTV. We don’t want it to end at 13 episode so there is still room for growth and the production has the potential to run for years,” she says.

Most of the actors in Botshelo Jo appeared in our previous productions being Beauty and Definitions which are currently airing on BTV. Some are from Mareledi and other dramas that have played on BTV. “We trained our actors through an acting skills workshop which was facilitated by Kgomotso Ditshwene (former Generations/Zone 14 actress). The workshop helped improve their acting techniques as well as articulation,” she says.

Fenny expressed that although they are done with shooting, they faced several challenges which included not having a permanent studio to shoot from as well as shortage of funds. “We really can do with a filming studio. We rented people’s houses and it’s a challenge filming long hours in someone’s living room while the family is forced to wait outside. Batswana should expect better picture quality, better acting and above all an excellent storyline that we can all identify with,” she concludes. 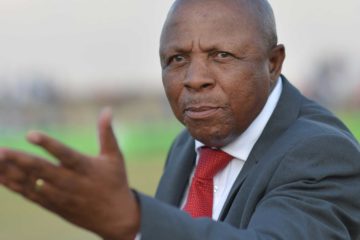