Film is one of the genres creative industry that grow both in stature and in recognition. Botswood, a film producing company launched a new film titled Mpho Le Mphonyane this past weekend at Thapong Arts Centre in Gaborone. The film is an addition to several others that the company has produced such as Beauty and Definitions which are currently playing on Botswana Television (BTV). Since the company was launched in 2004, Botswood has produced 9 short films, and some of them have been aired on BTV and Africa Magic, a channel on DSTV.

“This production took us about three months to put together. That is the whole continuum of casting, location scouting, and shooting. Most of the actors in the film were first time actors and they really pulled their weight. I am impressed with the amount of devotion they had to work,” said Fenny Lekolwane, producer of the film. She further explained that they engaged services of a seasoned South African actor, Kgomotso Tshwene to train the 63 actors of the film. “You can’t rely only on talent, training is very important and we at Botswoood encourage it,” Lekolwane said.

The Mpho le Mphonyane story is centered around twin sisters living in a village setup. The one twin is clouded by jealousy over the other one and tries everything in her power to ruin the other’s life. The underlying theme of the story is one of how far one can go with deceit. Family, culture, love and betrayal are some of the themes that can be seen in the film. “We hope for the film to start showing on BTV soon. The only challenge we had in putting this film together was that of lack of funding. We had a really low budget and that meant we had to cut a few thing out and limit ourselves to only two locations. We hope in the future we will get more support from different organizations. I just encourage the private sector to start supporting the local film and creative industry as a whole,” said Lekolwane. The film will be distributed by different Choppies stores around the country upon its release. 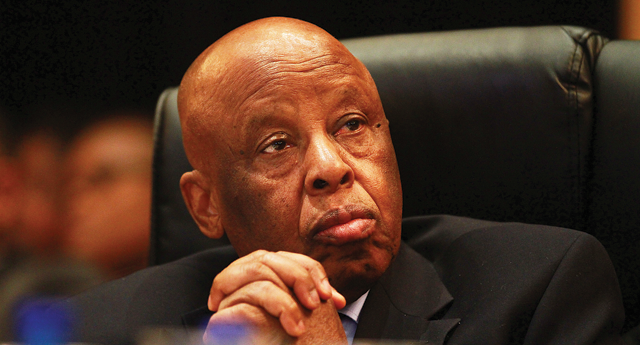