Celebrity scandals have, since time immemorial,  been the fodder that feeds the insatiable appetite of tabloid news readers the world over.

The word ‘celebrity’ has become almost synonymous with ‘scandal’, The Internet and other forms of media are flooded with incidents of celebrities involved in jaw dropping scandals, leaving one to wonder if they would have acted the same way if they were just regular people. Why the obsession with celebrity scandals? 2014, young a year as it is, has already had its fair share of both local and international celebrity scandals. Examples include news of local musician, Atlasaone ‘ATI’ Molemogi of Ke Lekhete fame’s arrest for alleged  kidnapping and assault after it was alleged that the man who was kidnapped by the singer swindled him of gate takings amounting to P100, 000 from a show held in Serowe over the festive holidays. The latest international scandal is of Justin Bieber who is facing deportation back to Canada as the White House is currently looking into a petition that 250, 000 people signed urging the US to deport him as they claim he has a bad influence on their children and would like for him to be removed from  their society.

Time Out interviewed some prominent people both in and outside of the industry on whether scandals are synonymous with celebrity lifestyles. Sidney DJ Sid Baitsile said, “They are human beings too, fallible. What they do wrong or right is not extraordinary, it is normal, it is what every ordinary human being is capable of doing and actually doing, some even worse or better. It’s that ordinary human beings are somewhat not held in the same manner. Some are of course, publicity stunts. It has been proven all over the world that some celebrities do scandalous things to get attention. And they do get it and most times it works positively for them. Kim Kardashian would not have been this big if she had not done a sex tape with Ray J.”
Baitsile said it was however possible for celebrities to do scandalous things because of stress and as a way of venting out. “I just wish celebrities would not be judged differently from ordinary people just as I do not want politicians to be made into saints they are not. A wrong thing is a wrong thing no matter who commits it, similarly a right thing is right whether committed by a well known person or not!” he added.

Botswana Musicians Union (BOMU) Secretary-General Pagson Ntsie said inability to deal with being in the spotlight could be part of the problem, “It’s just that some celebrities especially local ones don’t know how to handle fame. It sometimes appears like they did not expect to get there. On the other hand we must also understand that they are in the public eye, the little they do that could be done by an ordinary person will be blown out of proportion. However, BOMU does assist in imparting skills on handling themselves. We did this last year at a Brand Botswana event, where Vee presented on being a role model. We always tell them that to be in the public eye is a huge responsibility. People out there expect you to behave in a certain way because you are a brand. They are also role models to many and if they refrain from acting as their own managers and promoters they won’t have to fight their own battles because the management will deal with administrative issues like payments and that is what professionalism is about,” Ntsie explained.

Euri, a local artist shared his views on the matter, “I don’t think all celebrities live dysfunctional lifestyles. I believe some do though and unfortunately it has become a stereotype. I definitely believe the slightest mistake is magnified by the media because a person is in the public eye. People go to jail all the time for wrong doings but we rarely read about these things in the papers. I have realized the pressures of being in the public eye weigh heavy on some people and they act out of character. Most of the time my celebrity friends “act up” because their life is in turmoil and it’s almost like they blame the world for it all. But then again, we can never rule out that some people are just attention seekers!”

In another interview with an artist manager Gilbert Seagile also known as PP, who has previously managed artists like Vee, Culture Spears, Slizer and currently manages Jojo, shed his own light in the matter and said, “our local industry is in the kingdom of darkness, there is a confusion because artists still don’t know the roles of an artist manager well. They will rather have someone because he/she has a fancy car and house to take them to shows and attract girls than someone with the relevant skills to give them the right direction in their career. An artist manager must have the skills to deal with media on a daily basis to control what is being fed to the media, know the psychology of a person and have an extensive knowledge about the entertainment industry. A good manager is supposed to be an artist’s friend and advisor. The problem is most artists believe in managing themselves when they don’t even have those managerial skills and you can imagine what will happen if someone is doing something they don’t know! Different information would be all over different publications.”

University of Botswana Social Work lecturer Professor Keitseope Nthomang opined that. “As the society we place a lot of burden on our celebrities/ public figures and expect them to live to our expectations. That on its own puts them under a lot of pressure because a small thing that is done by a normal person can be blown out of proportion; take for example the Nigel Amos/ Dj Zoro frenzy. There is a lot of restriction on their personal and social space they live a monitored life which in the long run does not help them to grow as individuals, to be themselves as they are always thinking gore batho ba tla reng? (What will people say?)

Nthomang further advised that even though there is no magic formula to assist celebrities during these tough times of scandals, counseling is the best option. “Through counseling they will be able to meet a very good mentor who will instill certain types of behavior that will help them grow as individuals. It would sort of school and create awareness that when you assume a certain status it has to be consistent with your behaviour. If celebrities cannot control themselves during scandals people will lose respect for them which will lead to a low self esteem which will then make them lose confidence in themselves and the broader society that is when people will give up on them,” he said. 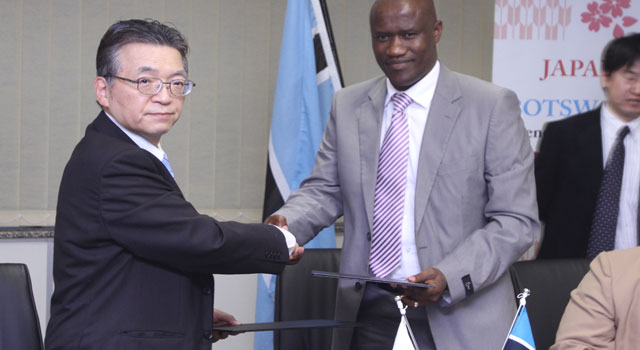