After performing the play, Today It’s Me to standing ovations at the Maitisong Arts Festival early this year, local award winning actor Donald Molosi took the play to Uganda where it was performed for the very first time this past weekend. The Ugandan inspired play headlined the Writivism Festival which ran from the 17th to the 21st of June in Kampala.

“We decided to add the play to the festival because it is art, produced by an African and the festival is a celebration of African-produced art. Today It’s Me chronicles the life of a musician and artist from a different generation, and as the Festival’s theme is Engaging the Makerere Literary Tradition: Conversations Across Generations of African Writers. This play is one in which we can see the dialogue artist to artist, art form to art form, country to country, and generation to generation. The play has never been performed in Uganda and we were very excited to see it here for the first time,” the organiser of the Festival in Uganda, Rebecca Rwakabukoza, told Time Out.

Since the play is inspired by a Ugandan artist, Philly Lutaaya’s, life and struggles, Rwakabukoza said that they were hoping that Ugandans will recognise the heroes that they have had in their land. “We hope they will be proud. We also hope they will be moved to tell stories of other heroes, using whichever art form they prefer,” she added.

Unlike in Botswana where he performed the play with a cast, Molosi performed the play as a one man show and in an interview with a Ugandan publication said, “I favor one-man shows because I get to flesh out the story of one character extensively. It allows their subjectivity to come through and get absorbed by the audience without intricacies of plot and other characters. I call it an intimate first encounter with a character.”

For his part Co-Founder, Centre for African Cultural Excellence, Bwesigye bwa Mwesigire said they were blessed to produce the premier of Donald Molosi’s play; “Donald is a world-class actor who has won many awards for his work. He has traveled here from Botswana where he is celebrated and whose country’s brand he represents officially,” he said.

Today It’s Me won the Robert Potter Playwriting Award from the University of Carlifornia at Santya Barbara Theatre Department in 2010 and earned Molosi both the Ruth Scott Memorial Prize in Theatre and the Florence H. Chandler Fellowship in Theatre.

FUB calls for respect of contracts 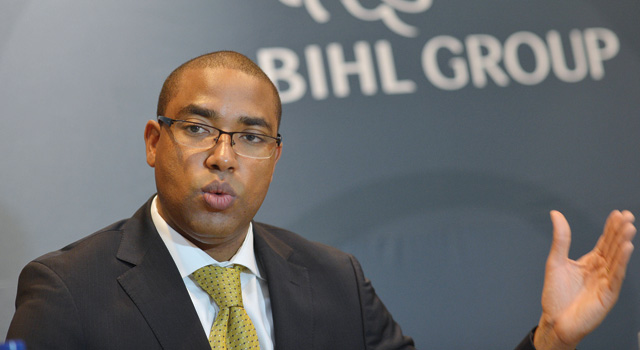