Radio personality Drew Chadhall and world recognized stylist Tsholo Dikobe recently won Glamour and GQ’s Most Stylish Award at the All That Jazz Gala Dinner at the Cape Town International Convention Centre. Held ahead of the Cape Town International Jazz Festival, the affair is part of the Wear South African Campaign that encourages support for locally produced products and this year GQ and Glamour which are some of South Africa’s most established magazines sponsored the award for the most stylish person at the gala dinner. According to the editors, the Most Stylish Award was given to persons who made an effort not only to look good but wore clothes in an unconventional way. GatsFros stylist Dikobe wore a vintage black and white plaid cape while Chadhall wore an African print shirt by Botswana local designer Kaone Moremong with jeans and black shoes. The two won prices which include facial products, make-up, designer shades, designer watches and cologne. “I wasn’t expecting this award at all. I am so happy and for me this award goes beyond clothes, it is more a pointer to myself to always trust my instinct as to what I wear when I go out,” expressed Dikobe.

Explaining the link between fashion and jazz, Herman Pillay, Chief Executive Officer of Trade Call Investments Apparel Group which is the creative hub for designers and clothing manufacturers, says that the liberation of fashion through music started in the early 1900s during the post-war economic boom.

“In the 1920s the new evolving American youth culture led the way to an increase in consumer demand for fashion. The conservative, mannequin-like, tightly corseted fashion sense of the late 1800s was in desperate need of radical transformation. Jazz music ignited the fuel for loose flimsy fabrics and fits that would allow the wearer to flow into the rhythm of the music,” explained Pillay. He added, “The blues, ragtime and swing jazz styles brought about a fresh and unique form of art that depicted the collaboration of jazz and fashion which still exists on our catwalks today.” According to Khalid Abdulla, Acting Chief Executive of ESPAfrika, the event managers and producers of the Cape Town International Jazz Festival, the Wear SA Fashion Show and Gala Dinner perfectly complement the total offering of the jazz festival weekend.  “We are very proud to be associated with the fashion show and gala dinner and believe that this event, like the established jazz festival, will become another highlight on Cape Town’s fashion calendar,” he said. The Wear SA campaign, which urges citizens to “think, design and wear South African”, is timed to coincide with the 13th annual Cape Town Fashio Festival. Wear SA mirrors the larger purpose of the fashion festival, to make South African shoppers mindful of the real-life impact their purchasing choices have on the country’s economy and job market.

Another Motswana joins cast of Generations 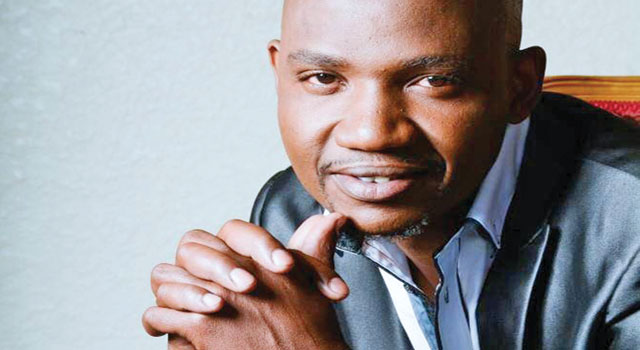