With their streetwise singing and dancing, Eskimos have risen to the upper echelon of our local music industry with their latest release titled Glory which was officially released last week Friday. Hosting a crowd of Kwaito lovers and well wishers, the group gave revelers a taste of what to expect in their latest offering and lit up Duncan’s Cafe during their listening session. The Kwaito group which consists of kg, Mandla, Javas and Zaine has transformed the Manyora style as the music of gangsters to a much respected musical approach with their varied song selection that features seasoned artists such as MMP Family and Slizer.

“What I would like to emphasize is that we have not switched our music genre to gospel because the album is titled ‘Glory’, we are still sticking to our genre. We titled it Glory in respect of what God has done for us as a group, we have managed to stay together as a group after so many years and we don’t see many groups survive this long. God has been with us throughout our musical journey and we just want to say we glorify him for we see his works through this latest release,” said Mandla.

Eskimos has been in the industry for more than 10 years and have worked with the likes of Vee Mampeezy back in 2002 and released their debut album in 2004 titled Back to Kasi which sold more than 10 000 copies. They also worked with Eric Ramco records and released a hot album in 2005 titled Faratlhatlha that took the industry by storm and sold more than 20 000 copies followed by Makimo and O mpimpile albums which also did well.

“Back then the industry was just right for music releases because we elevated musically with every release we made. We have set a huge trend (people forget that) and incomparable with today’s artists. Today the industry has changed, events close early and people do not buy CD’s because of this IT generation. And yes we have been away from the industry for seven years because we did not want to release songs just for the sake of it. We wanted to produce a masterpiece that will reflect our growth in the industry and serve our audiences,” Mandla said.

BotswanaPost Expands Its Channels Through The Smart Partnerships Model 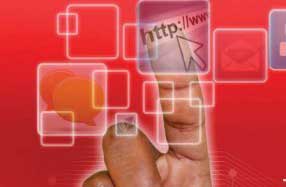