It appears many Batswana are becoming more health and fitness conscious as it is  hard to ignore their increase participation in sporting events or the number of individual out for evening runs and of course the boom in new gyms across the country. For Ricardo Mokwena this presents  an opportunity to help fitness enthusiasts in their quest by establishing the country’s latest glossy publication, a fitness magazine called “Physically Fit” which is already in circulation in local stores. Time Out (TO) caught up with the fitness trainer come editor to learn more about his magazine.

TO: Why did you decide to come up with a fitness magazine?
Ricky: Throughout my career as a fitness trainer I realized that people were misinformed about fitness, in that most do not know why they should be exercising. This is why there are so many health clubs in the Gaborone but less than 10 000 are training in gyms or are physically exercising.

TO: What inspires the magazine’s content?
Ricky: The negligence of health by Batswana inspires my content. Too many people in this country disregard the need for physical activity because no one is out there to explain to them why they should be physically active. In health clubs, companies pay bulk cheques for people to train in large numbers and only 5% of that number paid for would show interest. This is simply because people do not know why they should exercise; they still think it is a luxury. Gyms and health club owners should not focus only on getting money and getting their business rolling but also be involved in campaigns that educate the public on why they should be making use of these benefits to battle this stigma. The fitness industry in Botswana is not as lucrative because of this reason; gyms are not making as much as they should as compared to other countries like SA and the US. Instead of jumping to establish a gym why not change the mindset of the people first?

TO: Since the magazine is new in market how is the response of the people?
Ricky: Batswana are in love with the idea of having a fitness magazine that is themed to their way of living, cultural preferences and standard of fitness. Finally there is a publication that they can read and relate to as well as see people they know. The mag benchmarks itself on simplicity as Batswana are simple people and uses models and theories that are attainable. International publications have all the right information but it is all too fantasy for the average Motswana.

TO: There is a view that print media is dying and online media taking over. How do you feel your publication will buck this trend?
Ricky: To a certain point it is true but then again it is arguable. Online media is a hit in developed countries, especially with the young generation; the introduction of the smart phone provides everything at a touch of a button but Internet in Botswana is relatively slow as compared to the Western and Eastern worlds so we would need more time to get there.

Spinning your way to fitness 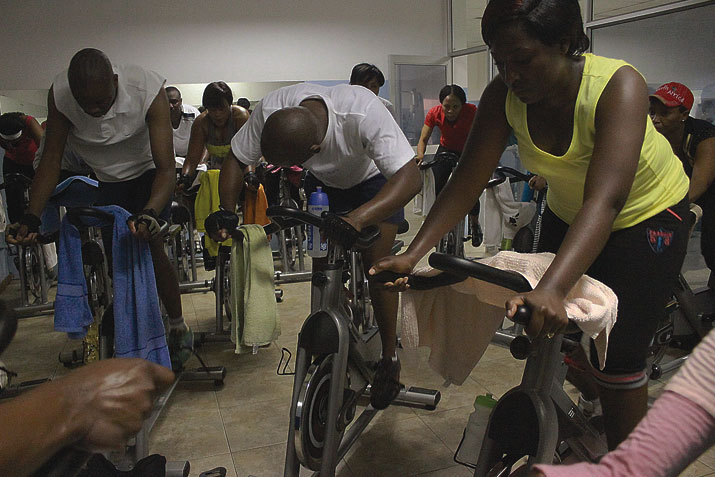