It used to be that many fol-lowers of traditional folk music looked to the legend-ary Sundays radio programme, Dipina Le Maboko on Radio Botswana to enjoy the country’s rich musical tradition . However, in this era of social media, many lovers of the genre have taken it upon themselves to share videos of the often obscure and talented folk artists around the country on YouTube and Facebook for the enjoyment of today’s high tech generation.
And it was a simple YouTube video clip that got folk artist Ronnie Moipolai noticed. Moipolai was ﬁ lmed by a Dutch national John Bokete who has been living in Botswana for the past 30 years, playing his guitar next to his home at a shebeen in Tlokweng and uploaded the video for the world to see. This subsequently led to an invitation from David Kramer, a popular South African musician to perform at the Kalahari Karoo Blues festival in Cape Town.
Moipolai, a 34 year old native of Kopong, joined by Oteng Piet (40) from Kumakwane and 80 year old Barolong ‘Babsi’ Motlogelwa from Letlhakane, ﬂew to Cape Town for the very ﬁ rst time in their lives to thrill their South African audience with traditional Botswana folk music. “The trio created an entertaining blend of beautiful music and peculiar humor with songs such as Tsenya Khontomo and Malome. They blended the harmonious chords of Moipolai’s famous left hand guitar styling and the three chord cyclic patterns of Babsie’s violin. It was really a delight to watch,” shared the trio’s manager, Bokete. The trio performed daily from the 8-19 January 2013 this year at the Baxter Theater to a crowd of 650.
Folk Music is indeed a reﬂection of Botswana’s traditional culture. The music often inspired by what may seem like the everyday mundane happenings of rural Botswana, singing about the family, relationships and traditional values. Using string instruments like the segaba, segankure and setinkane, artists like Moipolai, Piet and Motlogelwa produce unbelievably complex sounding melodies from the unassuming instruments.
Post-independence, there has been a constant effort to revive and preserve the lost glory of folk Music in Botswana. The Botswana Folklore Association is on a mission to assist in closing knowledge gaps existing in our cultural heritage for the enjoyment of future generations. A representative of the association, Kitso Matsake explained, “our organization looks after the wellbeing of folk artists so that the music doesn’t die out and become extinct. We do this by creating exposure for the artists by booking them for shows and getting them out there because we have realized that there are many talented yet unknown artists in villages all over the country. Wepromote, train, preserve and commercialize all types of folkloric arts in Botswana.”
As they draw the strings of their digaba and ditinkane, one can tell that this threesome is not merely performing, but also engaging with close friends. They caress their instruments and sing in rhythmic Setswana much to the delight of their audience. The three folk artists, who are herdsmen in their respective villages, play mainly for cash, entertainment and sometimes even alcohol. Moipolai shared, “I will never forget th e Cape Town experience, and how the audience applauded for us at the shows. We all do it for the love. I assure you the way I play comes straight from my heart as I am self-taught.”
“I usually play for money, but sometimes my audience rewards me with my favorite beer,” continued Moipolai. Moipolai has since gone on to become an instant hit on YouTube attracting close to a million viewers around the world. Bokete shared with Time Out that people who watch him (Moipolai) play believe that he is in a class of his own as he plays his guitar passionately with his elbows and knuckles to produce unique melodies that only he can get from his beloved guitar. 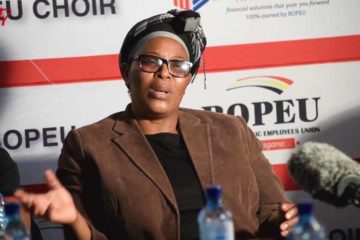