JOHANNESBURG: The opening night of the third annual Standard Bank Joy of Jazz Festival was nothing less than amazing. The highlight of the opening night was the long awaited performance by legendary pianist and composer, and hugely celebrated jazz artist Abdullah Ibrahim. Judging from the audiences delight, his extended absence from the country was felt by jazz lovers who revelled in the chance to see this icon of South Africa’s struggle perform.  The event was graced by South Africa’s deputy president, Kgalema Motlanthe, amongst others.

The second day of the festival was just as alive, with new comer neo-soul artist Afrotraction and singer Zonke being the favourite, particularly amongst the younger crowd. The two artists delivered energetic and vibrant shows on one of the big stages of the event, dubbed the Mbira which was situated at the Mary Fitzgerald Square.

This year’s Joy of Jazz was a landmark event, due to its inclusion of New Orleans Jazz acts as the city is known to the world as the birthplace and home of jazz music. Amongst them were the legendary Rhythm and Blues band, and The Temptations. The latter set the Newtown Precinct ablaze with soul fire in their over the top shiny blue costumes with gold embellishments, and classic, suave dance moves. The band performed their all time hits such as Raining in Georgia, Lady Soul, Soul to Soul, and their iconic My Girl. The song made it to US Billboards twice in the mid 60s.

American jazz singer, Carmen Lundy, brought Dinaledi stage to a standstill with her passionate performance, dedicating one of her tracks, Blue Woman, to the women’s month of August.  Former South African president, Thabo Mbeki was spotted in the audience on the day.

The Joy of Jazz Festival took place at the culturally rich Newtown Precinct in Johannesburg over a period of three days on nine stages. This year, Sipho ‘Hotsticks’ Mabuse honoured the late Zim Ngqwana and Mlungisi Gegana, and also paid tribute to South African jazz double bassist and pianist, Jonny Dyani who passed on in 1986. 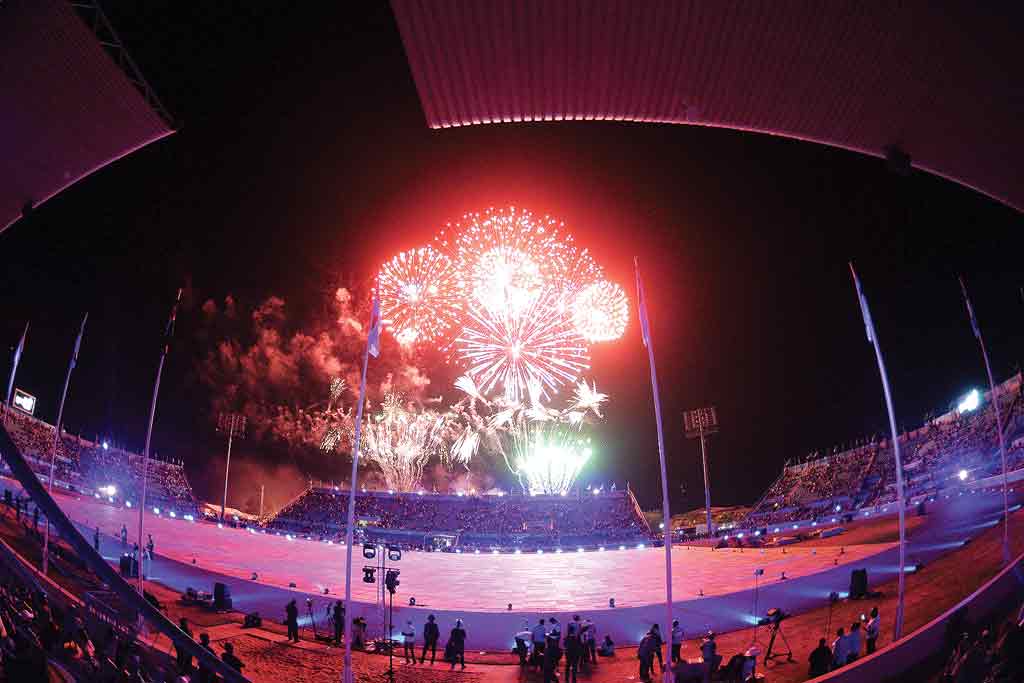