Despite the fact that Botswana is well endowed with talented singers, the gospel musical genre’s fortunes have been dwindling. Most local artists have left gospel to experiment with other genres of music. It is for this reason that a South African based company, Chande Transport and Tours, will sponsor a gospel reality television show to be called ‘The Melody Talent Search and Reality Show’ meant to unearth talent  and attract it to gospel. This will not be the first time that the company has given back to Batswana as it has previously helped build a church among other donations and sponsorships.

“I have recently signed a 12 month contract with a local company called Melody to start a gospel talent search and reality television show where we would have a winner who would have a recording contract among other prices. As a business man who is dedicated to supporting initiatives aimed at improving the industry, I saw it fit to support by injecting about P2 million into the project that will help aspiring gospel artist get the platform they need to revive the musical genre in Botswana,” said the owner of Chande Transport Tours, Malakia Maseko.

Maseko, who also sponsors South Africa’s acclaimed gospel artist Koliwe Mpaneng whose career was officially launched in Botswana, said they have plans of airing the road show on Botswana Television and other African television networks as soon as the auditions kick start on the 13th August 2015. “It will be a huge project, which will produce 13 episodes, will involve a lot of industry experts including judges and voice trainers and Ditiragalo Media will provide the production team. We want to create professional singers that is why the show is divided into three segments: auditions, boot camp and education. In all these sectors hopefuls will not only have voice trainings but will also receive training on professionalism so as to produce well rounded artists who go into the industry with the aim of making it, ” he said.

For her part, Mpaneng said she has so far performed three shows in Botswana and from her assessment the industry needs to be developed. “The talent search show will transform the industry especially gospel so that in the future there may be bigger gospel concerts that people look forward to each year because I have picked up that Batswana are very religious people. Therefore, the talent search and reality show is a right move for the local industry,” She added.

Chiefs still in talks with Moyana 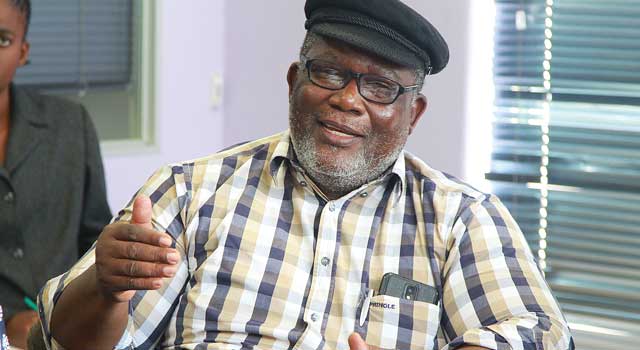