When the Copyright Society of Botswana (COSBOTS) was introduced to the creative industries over seven years ago, it seemed like artists in Botswana’s fledgling industry would finally reap the reward of accrued royalties for the work they had tirelessly  produced over time. It came into the industry at a time when most musicians and promoters were yearning for a governing body; piracy was at its high and local radio stations were playing and promoting foreign music. For the little local they played, no royalties were paid. COSBOTS was the beacon of hope that many had been yearning for and  it offered a renewed sense of hope to an already struggling industry. Seven years since its establishment, a lot has changed but some things have remained the same. Promoters and Djs are crying foul, lamenting that they have been sold the wrong dream.
With high tariffs for Djs, inconsistent royalty payoffs, no clear documentation on artists’ royalties, less local music on shelves because retailers face high tariffs to carry the merchandise and promoters throwing in the towel, has the mother body of music served or failed in its mandate?

“I am one of those who started COSBOTS because at the time I believed it would help the industry. Before it started artists were surviving in two ways; the first one was through festivals. They featured at several festivals and made money from those performances. The second way was through sales of their music in stores. Their albums were being sold in most stores in town and that is how they were able to get their money but since COSBOTS, these stores no longer sell music. This is because of the high tariffs that COSBOTS  is demanding. These stores would rather sell clothes and other items for free than sell music which they would have to pay for again. There are less festivals because promoters too can’t afford to pay COSBOTS,” said gospel artist Phempheretlhe Pheto. He adds, “COSBOTS was meant to be for artists and by virtue artists should be consulted before decisions are taken, but that is not the case. COSBOTS is one of the things killing the industry, it is not looking out for the welfare of artists. Tariffs should be based on how the industry is like but these charges are way too high for an industry like ours. Even bigger industries like South Africa don’t charge this much. Djs in Botswana are required to pay P3500 for playing their music meanwhile in South Africa, they pay R700 annually. We have complained before but no action is being taken. ”

What Dj’s say: Sidney Baitsile
Sidney Baitsile, a seasoned DJ and key player in the local music industry says, “I believe COSBOTS will build the industry, ultimately, as and if Botswana radio stations play more Botswana music. So long as our local radio stations still play mostly foreign music, COSBOTS will not benefit the industry that much as what they collect will be mostly repatriated to foreign artists. As for the DJ industry, yes, COSBOTS has harmed the industry with high fees required of Djs. In my opinion level minds must sit around a table and reduce these ridiculous annual fee of P3 500 that is required. Some of them do not even make that much in a year.” Sid adds that promoters are also getting the short end of the stick, “Promoters have a valid point as far as I am concerned. Most of them are actually going to end up working for COSBOTS as the fees required of them are too high.”
What promoters say: PP
Chairperson of the Botswana Promoters Association and music promoter PP is also of the believe that COSBOTS has not served its function.  In fact he says it is destroying the music industry which they as promoters have fought so long to uplift. “COSBOTS should be closed down. We are losing a lot of good music promoters because of what we are being charged for making shows. As a promoter, organizing a show already is huge cost, because at the end of it all I don’t take all the profits. They are distributed among the artists, the DJ, the sound crew, the venue and many others working behind the scenes and now COSBOTS also wants a share. This share you will find is equivalent to money that could possibly go to either the artists, sound crew or venue. Because of COSBOTS, now an artist who was probably making about P70 000.00 per week now gets P8000.00 because stores don’t sell his music so he relies on shows which also are scarce. You can  imagine one who was making P3000.00 per week, now he probably gets P300.00 if he is lucky. COSBOTS needs to be re-evaluated if not there won’t be an industry,” laments PP.
What Cosbots say: Thato Mokobi
In an interview with Time Out, Chief Executive Officer at COSBOTS, Thato Mokobi said,  “COSBOTS has served and continues to serve its purpose in the music industry. The organization has done a lot of good work. We were given P7.2 million as a grant to start COSBOTS and last year we were able to collect P10 million, half of which was given back to the artists. Since our establishment, most Batswana artists who have registered with us have received their royalties in the last year and will receive them again this year and in the coming years  for as long as this organization is in existence. Artists are not complaining about the way COSBOTS operates. The people who are complaining are a small group of people who want to discredit COSBOTS because of personal grudges and a lot of these complaints, I am aware come from BOMU(Botswana Musicians Union) and BEPA (Botswana Promoters Association).”
When addressing the issue of high tariffs that promoters and Djs are required to pay, Mokobi said,  “Our tariff structure is based on the value of music. Valuable music is not sold in a China shop, instead, it will be distributed to places such as Musica whose core business is music. It will be played on radio so that people hear it and buy more of it. It will not be sold from a car boot. Notice that the music they are talking about that is being sold in China stores is not high quality music and we as COSBOTS encourage creativity and quality products in the music industry. We cater for those who are doing music not as a hobbie, but for those who have made an investment in their music and are doing it as a business. Not once have we heard a complaint from Musica. As for those China stores their core business is not music which is why it is easy for them to stop selling music.”
He further added,  “Our tariff structure in Botswana is in line with international standards. Djs are charged P3500.00 annually because in essence COSBOTS is representing the artists and no one should be allowed to play music belonging to other people for financial gain meanwhile they don’t want to pay. Serious Djs who take it as a business make more than P3500.00 in a weekend so I don’t see why this is an issue. We are aware that in other countries like South Africa, artists pay R700.00 but let us take into account that South Africa has three music bodies, each one of them with its own charge while in Botswana we only have one as our economy is still small. Promoters are charged 7.5% of their earnings from each show and before the show they are required to pay 30% and pay the remaining amount after the show. It is only fair that if you are going to use someone’s intellectual property you pay this fee but this is something promoters don’t want to do. We always hear stories of promoters not paying artists and at times they have not even paid COSBOTS too, but this year we have a lot of lawsuits that will be coming through COSBOTS to those promoters that still have not paid COSBOTS even though they made a profit. We are responsible for economic rights and nothing else.”
Although it appears COSBOTS is somehow marginalizing low end musicians, the question of whether they have served their function in the industry remains debatable. 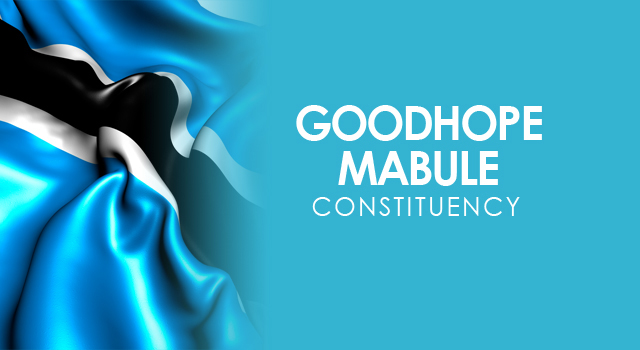