For decades, hip hop culture has inspired new trends in music, fashion and expressions around the world and Botswana is no exception. Ushering in the warm but windy August, the Kosher Nightz sessions will be hosting a concert dedicated to the hip Hop movement. The concert which has been themed ‘I Love Hip Hop’ is the first of its kind in the city and according to the brain behind the event Fauz El Kindly, who also organizes Kosher Sessions every week at the main mall, the show is inspired by the ‘strong and vibrant hip hop movement’ in the city.  “So as an extension of the weekly kosher sessions we decided to make a bigger version of celebrating the hip hop movement hence this concert.” he said.

“This is our first attempt at creating a concert-like vibe. I love Hip Hop will be the first of its kind and we hope to make it an annual event.”  Fauz said.

The hip hop concert whose tickets currently go for P300.00 per head aims to attract the city’s hip hop community and close to 9 artists 4 of whom will be from South Africa.
Artists; AKA, Khuli Chana, KO and KidX, Casper Nyovest, Chub Heightz, Sasa Klaas, Noello, ATI and Ego make part of the lineup.  Award winning South African rapper AKA will be performing with a live band.

The event will be held at Airport Junction and the organizers promise a unique experience where music, food, drinks and hip hop inspired fashion will be part of the day’s activities. “The event will start at 2pm and end in the evening at 11pm. “It is time that we have day events that end early, that way children who are under 18 get a chance to experience the fun  and  go back home on time, “ added Fauz. 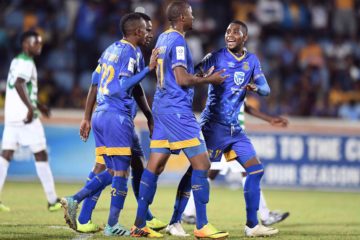