The countdown to the biggest hip hop show in Botswana will officially be on this coming weekend (5 April) as the American rapper; Ja Rule is expected to rock hip hop enthusiasts at Lions Park. The ‘Always on time’ hitmaker is expected to mesmerize revelers with new material “Fresh Out Da Pen” as well as throwback hits.

“Ja Rule will be arriving at Sir Seretse Khama Airport at 11am on Friday and everyone is welcome to come and give him a warm Botswana welcome. He will be onstage for a full 1 hour 30 minutes on Saturday mesmerizing his fans with his old hits from when he started in the industry and latest materials. This would be an exclusive Botswana event as he is not scheduled to perform anywhere else in Africa. It’s going to be a marvelous show and we are going all out,” said the one of the show’s organisers ,Lapologang Molemele of G Boys entertainment.

Commenting on the changes to the lineup of the supporting acts Molemele said, “We have a couple of artists that we added to the lineup. We have Dj Nimza from Mafikeng who is a House Dj, DJ Canada who is a local upcoming hip hop DJ and Kynetic P from United Kingdom who is a dance DJ. Another exciting feature is that there would also be surprise acts that would be revealed during the show.”

Molemele added that the preparations for the show are looking great as they have the Police, the SSG and a tight security on board. The stage would be set up on Wednesday, sound check on Thursday and artists rehearsals on Friday. “We are selling people 4 things that are experience, security, sound and catering because these are the main things that people look forward to in a show.”

Asked  what else  Ja Rule was going to do Molemele answered, “ He is supposed to have a motivational talk with prisoners at Botswana Prisons on Saturday before the show and we are still awaiting approval. He is also supposed to visit Jwaneng Mine because we want him to get first hand information on Botswana’s diamonds and possibly get him to invest in them as he likes jewelery. We are also awaiting approval on that.”

Tickets for the show are available at all Mafia Soul outlets, Shoprite Checkers and Checkers stores. Silver is P200, Gold P300, VIP P1000 and VVIP P1 500. The VIP and VVIP will have an exclusive parking inside the Lion Park. Silver and Gold ticket buyers will park their cars at Game City and be chauffeured to the venue. 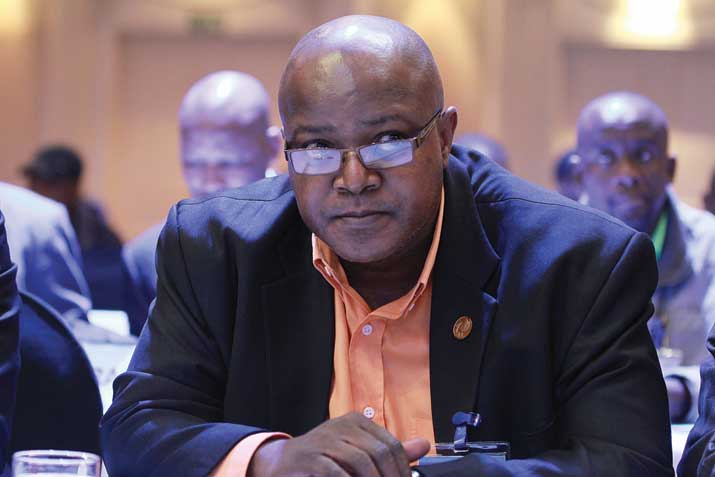