This past Friday, Molapo Piazza was filled to the brim with patrons who had come mainly to take in for the second showing in Botswana by South Africa’s accapela trio, The Soil. However, local Afro pop singer Lizibo, pulled a surprise at the star studded  festival with a jaw dropping performance. The pint sized singing maestro not only mesmerized the audience with his ability to hit the high notes but also had quite some stage presence and connected well with his audience who sang and danced along to every song. Before the show, Lizibo had promised a unique performance – something people have never seen him do on stage – and he indeed lived up to his promise. He dazzled the crowd with his well-choreographed dance routines and serenaded it with his now clearly very famous songs including Wakanaka, Chimunyamunya which he sang in his native Kalanga.

Before applauds and whistles died down after Lizibo’s electric performance, there was another charge of electricity in the atmosphere as acapella trio, The Soil, took to the stage. The group, comprised of Buhlebendalo Mda and brothers Luphindo and Ntsika Ngxanga, took centre stage and gave the audience a rendition of their soulful mixed genre of acappella and afro soul in a classic South African township flavour. They launched straight into their hit songs from their self-titled debut album which went gold in a matter of weeks. They also sang songs from their second album Nostalgic Moments. Tracks like Baninzi, Inkomo, and Joy among others transported the audience to a whole different world and the group cleverly substituted some lyrics with ‘We love Botswana’ sending the audience into hystera. The group closed off their performance with the song Susan which they performed twice as the audience asked for more.

Local Afro-neo soul artist, Mmaphala, gave the audience a sample of tracks from her new upcoming 12 track album Sphere, which will be released soon. She was well received. South Africans Vusi Nova  and the legendary Don Laka were the cherry on top as they displayed maturity and a touch of class in their deliveries. They closed off the show on a high note.

I am Legend Concert, in its first year, registered itself amongst the city’s signature events and it brought fresh talent that has not been displayed anywhere else in the country. “It is a platform for harnessing great music from the ‘old school’ and passing the baton to ‘new school’ musicians. This is an appreciation of new age artist inspired to play live music. an opportunity to share a stage with the icons and inspiring them become legends themselves in the process,” the organizers said in a previous media brief. 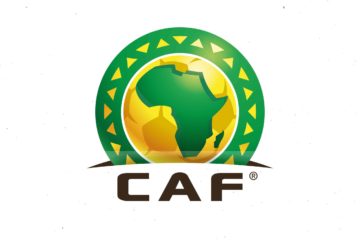