Making its maiden appearance in the Botswana entertaintment scene, ‘Waar Was Jy’ Kwaito Fest attracted multitudes of Kwaito lovers this past Saturday night at the Fairgrounds back packing area. The festival featured international kwaito superstars Arthur Mafokate, Kabelo, Doc Shebeleza and Alaska, who were brought in to replace Thebe. Local acts included Mapetla, NT Base, Lecco, Mr O and DJ Sly amongst others.
The festival, where there were last minute adjustments to allow cooler boxes at the venue, lived up to expectations. Renowned Kwaito kingpin, Kabelo Mabalane got the ball rolling by dishing out hits like ‘Pantsula for life’ and ‘Dubuladubula’ compelling revellers to demand the former Tkzee star back on stage.

While applauds and whistles filled the air after Bouga Love’s performance, the enchanting South African queen of dance, Chomee, best known for her flamboyant dance choreographies, made a grand entrance. She left spectators crazed with her performance and tongues wagging in her revealing wardrobe of a silky fish nest attire. She performed singles, ‘Hlokoloza’ alongside Mafokate.

Arguably the most outstanding performer for the night, Ishmael Morabe, formely a member of the Jozi Music Group, kept the good all times rolling with hits ‘Avulekile Amasango,Waar Was Jy’ and ‘Motherland’ and the crowd sang along throughout his performance.

“I must say this was one of my best performances in a very long time but I must thank all the people who came out to this event to support us which shows Kwaito is still quite popular in Botswana. I have been out of the game for quite a long time now but I am happy to finally get back on studio because early next year I will be shooting a video for my eagely anticipated single called ‘Kewaka’,” Ishmael told TimeOut.

Then came on the five member group, Alaska. They closed off the show with their famed single ‘fokol’  to round off a memorable night.
TimeOut caught up with event organizer Kefilwe Kgosikhumo who expressed satisfaction at the turn out for the festival despite a weekend tightly packed with events which included the Botswana Musician’s Union (BOMU) awards.

“We are delighted with the numbers that showed up today looking at the fact that this was the first installment of Waar Was Jy Kwaito Fest locally. Also there are other ongoing events in the city like the BOMU Awards. I must thank our marketing team who worked tirelessly to sell the festival across all media platforms, that’s why we had such a turnout,” said Kgosikhumo.

He highlighted that there were zero incidents of crime, something he credited on the Botswana Police service and the security companies they had engaged.
Quizzed on the surprise inclusion of  Alaska in the lineup, Kgosikhumo pointed out that they conducted a poll on social media asking fans to pick another international act after Thebe pulled out of the event citing personal issues.

“As Waar Was Jy entertainment, we are delighted with how the festival went. Next year we intend to make it bigger and better,” he concluded. 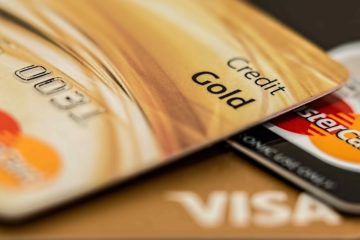