The Miss Country pageant is a classy affair the world over with every girl wishing to wear the crown of their country pageant. The pageants culminate into the world pageant, a life changing experience for even the girls who do not make it beyond preliminary stages. However, the Botswana chapter of the pageant, Miss Botswana, has been attracting all the wrong attention in previous years. Unfulfilled promises, poor organization, winners not getting their prizes, and lack of support for the winner to participate in the Miss World pageant have become synonymous with the Miss Botswana pageant.

In 2012, the change of management promised a new lease of life for the pageant when the 63 Entertainment management was ousted and Botswana Council of Women ran the show, lo and behold, things got worse. On the same year, for the first time in its close to 50 years history, the eventwas not held, preferring to crown Tapiwa Preston, a first runner up from the previous year pageant, to represent the country at the Miss World pageant. In 2013, yet another company, Sweet Baint, took over the management of the pageant. For the 2013 pageant, the prizes were handed to the winning contestants after a court intervention. The contestants had reported that their prizes were not handed to them long after the pageant had passed.
Previously, the pageant was held in May so there was enough time for the crowned queen to prepare herself to strut it out with other girls from 24 participating countries at the Miss World pageant which is usually held around December. August is upon us, and the Miss Botswana pageant organizing team has just invited contestants for auditions. Francistown auditions were held over the weekend and Gaborone auditions are yet to follow. This leaves little room for whoever will be crowned queen to prepare for the Miss World Pageant.

What is promising though is that this year’s pageant seems to have raked in lucrative sponsors such as Limkokwing University of Creative Technology, Liberty Life, Ministry of Youth, Sport and Culture, Air Botswana, Jack’s Gym, Appex Properties, and Avis. In a press conference last week, following the announcements of  sponsors, Deputy Permanent Secretary in the Ministry of Youth, Sport and Culture, Kgopotso T. Ramoroka applauded the organizers, Botswana Council of Women for having pulled so many sponsors, with the Limkokwing University sponsoring prizes for the winners at more than P4 million. “I am quite pleased that Botswana Council of Women has gone back to the basics and are now focusing on their mandate which is providing skills and knowledge to aspiring Miss Botswana contestants, as this enables us to achieve the second goal of our national youth policy which is partnering with NGO’s and the private sector to efficiently deliver youth programs and initiatives,” he said. 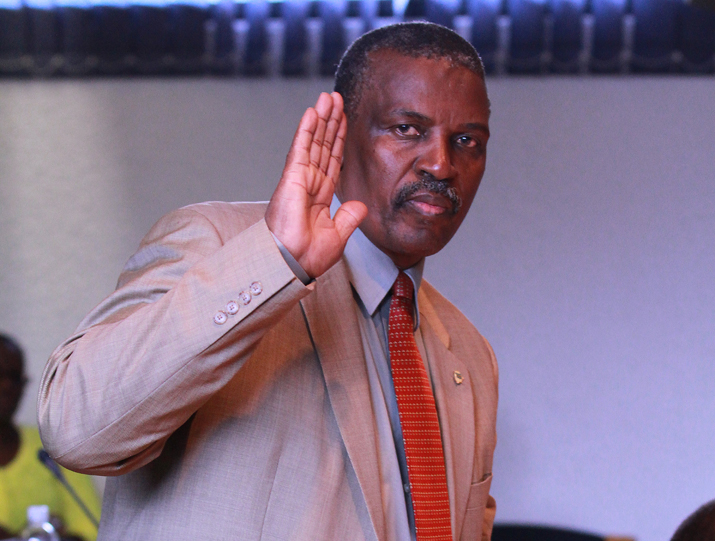