When the first ever Botswana Electronic Music Festival (BEMF) was introduced to Batswana as part of the country’s independence celebrations many local artists and promoters were aggrieved by BEMF organisation and some even called on Batswana to boycott the event. The boycott was initiated and called on by social commentator, Sidney ‘Sid’ Baitsile who said that the show featured more international acts than local ones and that a P3.2 million tender to host the festival was awarded a foreign company. The electronic music festival took place on the 30th of September and the unexpected happened as masses turned up for the show at the Gaborone Cricket Club.

“The boycott was initiated and called by me. The plan to boycott the festival failed only in Gaborone. I hope they do not repeat this mess again. I am going to close this matter for now, they won the first round, but the industry will win the next 11 rounds! Thanks to everyone who supported us and still does. Now let’s look forward to BW50,” Sid stated on social media.

He also said the festival was successful in Gaborone as free tickets were handed out to the public at the university of Botswana roundabout and stadium gates before the show. Soon after the show started, revelers took to social media posting positive feedback messages about the first ever electronic music festival and how much fun they were having.

“Some weak in mind are already coming out with some ‘but the production and performances were out of this world, we should learn from that’. You will also be bombarded with the ‘rent-a-crowd’ pictures as a sign of success and justification for the show. Do not lose focus of the main issues Ditsala. The production quality and staging of the show at the Cricket field was never in doubt because with a P3.2 million budget, anything is possible. Yes, the boycott campaign like the Pharrell one in SA failed, but it was not the main issue here..and don’t let anyone justify go ja error ga bone ka the attendance of the show and performances! Only foolish peeps would do that! Wait for the aftermath….judgement day is coming!” read Sid’s post.

According to one elated BEMF goer, Mpho Bagwasi, the show was the best he has ever been to. “BEMF   was on point, everything was on point. There was no violence, great hospitality, big beautiful stage, amazing crowd, epic lights and amazing sound quality. I am mostly proud of all the acts, they really killed it on stage. Thank you organizers, I cannot wait for next year’s show,” he said.

For their part, the National Union for Botswana Artists had previously said boycotting the BEMF was not going to provide a solution to the problem at hand, let alone grow public opinion about BOT50.

BEMF is a sister event to the larger Cape Town Electronic Music Festival, and comprises a mixture of workshops, talks and parties. The festival drew inspiration from the manifesto of the Detroit Electronic Music Festival, which began in Detroit in 2000. Detroit is synonymous with the birth of techno and electronic music in general, and this is where the barriers of society were initially broken down through the medium of music. The inagural event featured sets from several South African electronic artists. United States veteran, Osulande headlined the festival. Popular radio host DJ Gouveia, Groovy Souls and Groove Cartell represented Botswana. 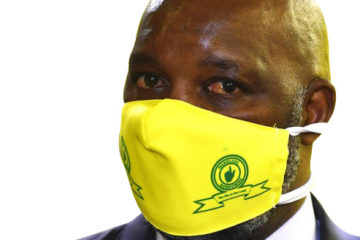