More hip pop albums to be released before end of year

Hip Hop music lovers will be treated to a variety of albums as local rap heavy weights and promising upcoming rappers are billed to release albums before the end of this year. Prominent rappers like Zeus, who in the past bagged coveted Channel O award nominations and awards together with much celebrated rapper K-Bos who catapulted to the forefront of the local music sphere with his hit single ‘Gara’s Pampiri’ a couple of years back, have already shared word of new albums dropping soon to the delight of their fans, supporters and music lovers at large.

Zeus, who recently joined forces with the neo-soul music genius Samantha Mogwe for the hit single Transitions, took to social networks (Twitter) to announce word of his next album offering.

K-Boss on the other hand has invested in a massive pre-advertising campaign, plastering posters and banners announcing the imminent release of his third studio album. .

Channel O Emcee Africa 2009 winner Cibil Nyte shared with Time Out that he was almost in the final stages of his next project to be titled Dark Nyte Rises. The album will be his second offering after his debut release Nyte Time which received critical reviews and featured some of Africa’s finest rappers in the likes of Naeto C, HHP, Zeus, Nazizi and Proverb. When asked what his fans should expect from his next release, he shared that people should refrain from expecting him to battle all the time as he has grown into a fully fledged rap artist, something he has always aspired to be. He further said that he has an interesting line up of features and “the album, will be an interesting controversial listen.”

After taking a lengthy break from releasing albums, and taking absolute pleasure in releasing hit singles for the past 5 years, Kast of Sejabana fame is also busy in studio for his next studio offering to be titled KING. He says the album will reflect his maturity as a rapper and the mastering of the craft of music; from art to business. The rapper who attracted controversy with his MaBDP single early this year told Time Out that the album will hit the music shelves by the end of October and will be co-produced by Gustos and Pres Beatz. “The album will consist of 14 full tracks. In some finalized songs, I feature a talented upcoming vocalist and instrumentalist called MelD. Other features are not finalized yet hence cannot divulge any more details,” he noted.

Hot of the buzz of  releasing a successful free digital mixtape to build momentum for his second album release last winter, upcoming rapper Ozi F Teddy is set to drop L.I.V.E (Life Is Very Easy) in early October. With some of the singles from his next project like BoomShakalaka and God of Rap already enjoying massive airplay, Ozi promises nothing but the best for his fans. His manager Jay Tshimo highlighted that they have a string of aggressive strategies to avail Ozi’s music to the international market. “We hope to tap into the international market by not localizing our music as we are on the brink of penetrating the South African market in full force,” he said.

According to Kaone Tsimama, host of The Hip Pop Legacy Show on local radio station RB2, local rap music has grown over the past years and the market is hungry for new productions. However, he stressed the need for local rappers to capitalize on online music sales. “Selling music online is advantageous because one is able to sell their music in many different geographical locations worldwide and without spending much money on the reproduction of physical copies and transportation.” Tsimama added that the release of many projects at the same time will promote healthy competition which will help lagging behind rappers to pull up their socks while also taking the genre to a higher level.

Other rappers scheduled to release albums before end of 2013 include Ht Tautona, Drama Boi, HoodStars DG, Staxx and multi award winning rapper Euri, who will release an 8 song extended play before December ahead of the release of a full album next year. Other rappers rumored to be working on albums for release before next year are Scar and Orackle.

More hip pop albums to be released before end of year 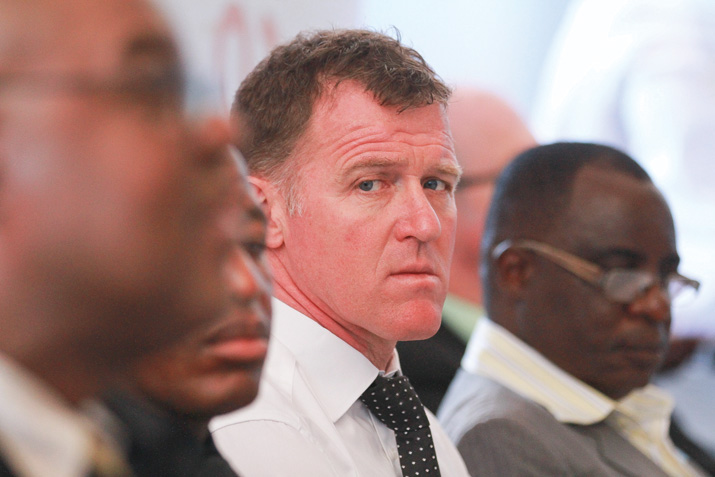