Katlo Siyanda Mohutsiwa, a 22 year old Motswana writer and a mathematics student at the University of Botswana, exploded the ‘hashtag’ originator social network with comic fun recently when she asked: “If Africa was a bar, what would your country be doing or drinking?” It was not long before thousands of Africans joined in the conversation, making ‘If Africa Was A Bar’ an inventive, hilarious, and trending sensation on twitter.

Renowned for her political satirical pieces and her thought provoking stance on Pan Africanism, Siyanda, as she is commonly known to her followers, ignited many Africans’ humour through a witty discussion that explored the complex geopolitics between African countries in a cheerful manner.
“I wanted Africans to light heartedly partake in a conversation about perceptions they have about their own countries and other African countries as well.  It was for us to also learn from those perspectives, hence it was both entertaining and educational,” explained Siyanda.

From Nigeria being the deejay, to Swaziland being the guy who comes with all the hot chicks but does not have money to maintain them all night, the hashtag portrayed a rather vivid picture of perceptions about African countries’ political and social landscape. No country was spared.  One participant stated, “#IfAfricaWasABar Botswana would have to go home before the real party even starts.” The tweets touched on social stereotypes, drinking cultures and politics.
The hashtag has gained Mohutsiwa features on BBC, CNN, Mashable, Buzzfeed and other major media platforms. With more than 60 000 tweets (and counting) on the topic, the hashtag was undeniably an African affair. Siyanda also contributes to the Mail and Guardian and was honoured as one of St Louis’ Top 40 under 40 nominees last year.

“I learnt a lot about different drinking cultures on the continent. These types of hashtags allow us to teach each other about our countries,” said Mohutsiwa. She added that she was happy to have given Africans a platform to interact and reiterated how it encouraged learning. “Pan Africanism is not a dead idea nor is it lost in the past,” she remarked. 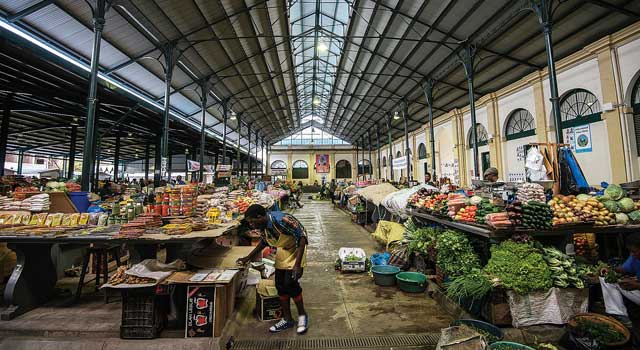