Local Afro jazz artist and composer Nnunu Ramogotsi started the year with a bang as she opened the SABC 2 Morning Show for the year 2014 last week Monday where she performed three songs from her album titled Mmasonoko.
Speaking to Time Out about how she got the invitation, which also included a live interview about her music career the songbird said, “Since the release of my album Mmasonoko in 2012, I’ve been doing well in the music industry. I was nominated in 4 categories and won best album of the year and Best female Artist of the year 2012 at the BOMU awards. Then in 2013 I was invited to Europe to perform in a tour with Kalahari Roses in Germany in August through to September. In the same year I was invited to tour Sweden through Streethorn Promotions where I played with great musicians like Pablo Donaldo and Anna Christoffersson. Social Media has played a big role because I brand and represent myself well and you can never know who is reading and watching.  The SABC management approached me about their idea of me being in their show and that is how it all happened.”

The elated musician expressed her gratitude for the opportunity stating that, “It is not easy to penetrate in this music industry as there are a lot of us musicians. The morning show’s invite helped me to penetrate the South African and international market, which is such a blessing! They were amazed by my beautiful music and even asked why I’ve kept my music way too long from them. My promotion company Streethorn is currently working on sealing a distribution deal in SA,” she said.

The Ramotswa born star also revealed that she was the first Motswana artist to have a solo appearance and interview on the show. “I have also heard that Shanti-Lo has made an appearance as a performing artist in the Joy of Jazz festival,” she added.

The former KTM Choir member and former backing vocalist for Ndingo Johwa stressed the fact that it was important for musicians to work hard and represent themselves well and advised that they should also  believe in all they do for them to be successful in the musical  careers.

Nnunu is currently working on the Mmasonoko DVD which she said will be out by April this year after being delayed by a leg fracture she suffered. “I am also writing lyrics for my upcoming album which will be released by the end of the year. I am hoping to do more international tours and collaborations with both local and international stars this year. I have my eyes set on local male jazz artists such as Lister Boleseng, Shanti Lo, Ndingo Johwa and others so that we produce nice melodies with  male and female voices.” 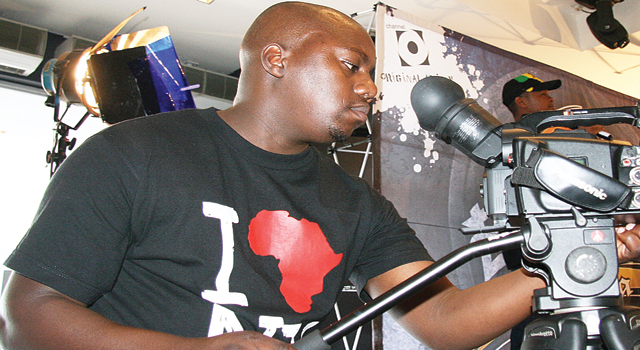