Nomadic, who used to go by the name Mr T, is one of the country’s most prolific rappers and those who remember him from the year 2000 will recall his rhythmic yet controversial lyrics from his past albums. Following years of silence, Nomadic has a new baby up his sleeve, ‘Pula Citizen,’ which he say will be released sometime in Spring.

His past albums, although different, had a thread of similarity about them; they taught life’s lessons, preserved culture and made listeners recall history. With ‘Pula Citizen’, he promises that it will outshine all his previous albums. Nomadic talked to TimeOut; “Every single Nomadic project is completely different from the previous or the next. This particular one is brighter and musical. The themes are light hearted for the most part, but I do have a few tracks that are either political or protest based, but I had fun making this one and it’s really a celebration of life.”

Although a project close to his heart, Nomadic admits that it was not easy putting it all together. He explained further; “I actually recorded two versions of the same concept. I had made 20 tracks and really didn’t feel pleased though they were great. I just felt I could do better so I wrote and recorded 20 more tracks that I felt fit the same theme but only better. So, expect 20 plus new songs. More than just the quantity of the songs though, it is about the concept flowing from the first song to the last. I had a lot to say on this one. I think having written for so long and consistently building my craft, the creative process has become more intuitive over time. I wrote and recorded ‘Pula Citizen’ twice, an average of forty songs in less than six months.”

Nomadic drew inspiration for the album from Botswana. “I have a deep regard of where I come from and taking in the expansive view of where I am headed. Pula is my currency, my people’s way of blessing each other and also a blessing in itself. The level of artistry and message contained in this project is that every currency and blessing. The inspiration is simply where I come from, that place I call home, Botswana. Much as I am, where I come from is also a product of where I am at. I will never deny my origins, but I will also not be confined geographically to or by them. Ke ngwana wa Pula kwa ke tswang le kwa ke leng,” he added.
He revealed ‘Big Duke’ is adding final touches to the album. Although the exact release dates have not been released, Nomadic confirms that people can expect it around September. The marketing and sales will be done online. “I have a distributor just waiting on the mastered version to get it available for purchase on all relevant platforms,” he said. 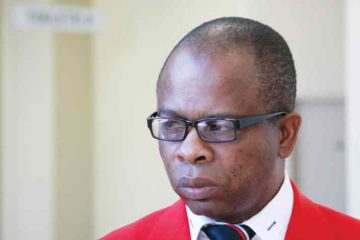