The recent launch of season 3 saw Barclays Bank investing P1 200 000 for the radio production, creating employment and skills development for over 250 young people since its inception.

“The project has given hope and has increased earning potential to many young people. Madi Majwana supported the many jobs in the radio broadcasting industry, television, transport and hospitality industries,” said the assistant Minister of Tertiary Education, Research, Science and Technology, Fedelis Molao who also added that thus far Barclays Bank has invested over P3 500 000 over the past four years in a project that straddles education, youth empowerment and employment creation.

With a financial donation of P670 000 in 2014, Madi Majwana was led by the then Minister of Education, Skills and development, Pelonomi Venson-Moitoi, who emphasized the need for financial literacy to be incorporated in the school system so that young school children could learn about financial matters from a young age.  Barclays Bank heeded the minister’s call and injected a further P250 000 for a school tour.  In 2015 Season 2 of Madi Majwana saw Barclays investing a further P1 150 000.

“Madi Majwana will be rolled out with another exciting Barclays flagship project ReadyTo Work which aims to give young people access to curriculum to develop their work, people, money and entrepreneurship skills,” Molao said.

For her part the Managing Director of Barclays, Reinette van der Merwe said they were inspired by the creativity displayed by cast members as every year they add new elements that have increased the number of fans and listeners of the radio show.

“Last year they included Kalanga, which made it more accessible to communities in Kalanga speaking areas and this year the production includes issues of people living with disabilities,” she said.

Van der Merwe went on to say with all of their efforts and substantial investments made, they were not satisfied with the progress made and sought to identify an innovative approach to financial literacy education to the public. This was in an effort to reach thousands more and the idea of using theatre and drama was conceived.

“Barclays’ first encounter of Pula! Money Matters was during their performance at the Maitisong Festival in 2013. We liked how they used theatre and drama to deliver education to the public,” she said adding that, “Cast members and Maitisong have demonstrated that theatre is indeed an important tool in education and skills development. I am convinced that we have planted a seed in the minds of many to re-examine their relationship with money.

Madi Majwana is a sequel of Pula, Money Matters and incorporates current issues such as fraud, pyramid schemes, reckless spending and inheritance which many people in Botswana have fallen victims of. The edutainment utilizes theatre techniques, docu-drama, song and dance, poetry and music to attract the audience’s attention and participation.

New president looks to wean Botswana off dependence on diamonds 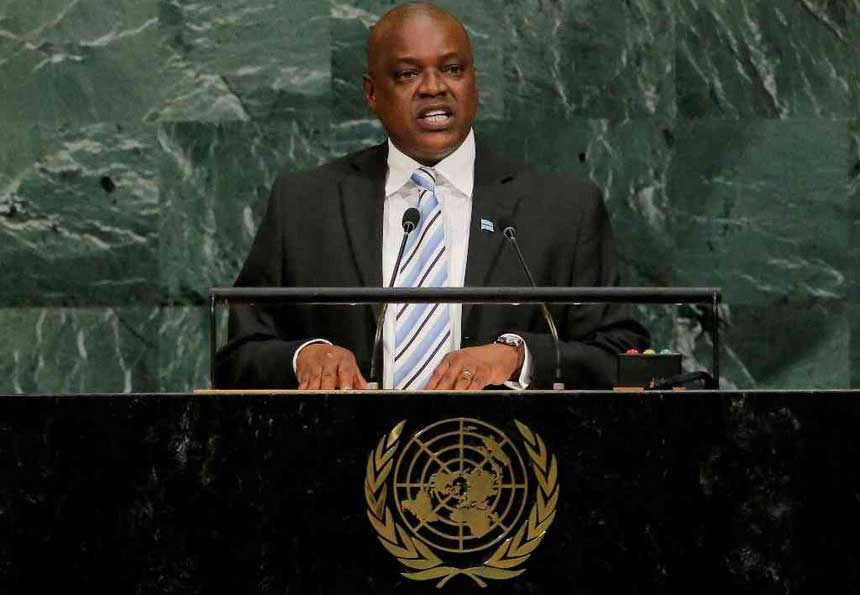