After submitting President Ian Khama’s name for nomination in the upcoming African Muzik Magazine Awards (AFRIMMA) at the beginning of this year, Botswana Entertainment Promoters Association (BEPA) president, Zenzele Hirshfeld, announced last week that President Khama was nominated under the Transformational Leadership Award category. The category recognises African leaders who have interest in the arts and culture sectors of their countries and the award was won by the Governor of Akwa Ibom State in Nigeria, Chief Godswill Akpabio last year. Two Batswana artists, Game ‘Zeus’ Bantsi and Kearoma Rantao were nominated for the awards last year. The second installment of the  AFRIMMA Awards will take place on the 10th of October in Dallas Texas. The final nominee list will be announced on the 23rd of July.

“After forging a partnership with AFRIMMA towards the end of last year, which made us sole agents for local artists, we submitted President Khama’s name for consideration. He has shown a lot of interest in Botswana’s arts and culture. He started and continues to support President’s Day  Celebrations hosted in July, which give a platform for artists the country over to showcase their art forms. He has also included entertainers as beneficiaries in government initiatives such as the Poverty Eradication Program’s among others,” explained Hirshfeld.

For his part, Gaborone mayor, Kagiso Thutlwe, commended BEPA’s affiliation with AFRIMMA and the president’s nomination. “The affiliation of BEPA to AFRIMMA is a great beginning. My plea is for us to maintain the momentum and create opportunities for our country. We may come from a different church but one thing I respect about President Khama is that he has been supporting the arts and has set aside certain funds for the entertainment industry. Arts are essential in that they sell cities. Cities in other countries are well known because of certain big entertainment events that take place there, and those events rake in a lot of money for their economies. I would like to see the same happening for Gaborone. I, as the mayor of Gaborone, also assure everyone that I will support the industry and I urge you to feel free to come to my office for any assistance that will help grow the arts,” he said.

Rapoper Zeus, gave an artist’s perspective about the awards; “The best part about the AFRIMMA awards is that anyone who puts out their work gets to be nominated because I did not know about my nomination until someone told me and this also meant that I was doing something right. But on the same breath, these nominations can be a missed opportunity for artists who don’t put out their work on line. We live in a global culture and we need to be export driven. The awards also position an artist’s brand. The fact that I have been verified gives me credibility as an artist and each time my name is mentioned it is associated with certain nominations, titles and wins.” He mentioned an American Visa as another benefit he derived from the awards. “When we arrived at the awards ceremony, Kearoma and I realized that there are a lot of business opportunities as we met a lot of industry players. Artists should not make these trips alone, they should take along with them their managers to speak on their behalf and seal deals because when you are out there, you meet a lot of contacts. I would also like to urge stakeholder participation to support artists because many local artists had to do it by themselves because there is only a handful of organisations who understand the value of entertainers. But to those who are involved we are truly thankful and appreciate you all,” he concluded. 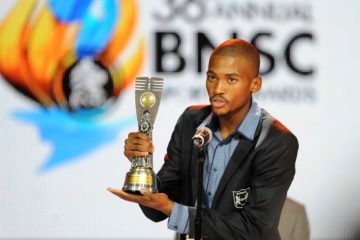