Earlier this year, Thapong Visual Arts Center invited artists to submit bids for selection in the production of a giant live size elephant sculpture to be placed at the Sir Seretse Khama International Airport in Gaborone. Seven months down later, and a project cost of over P200 000, the sculpture is possibly the most expensive piece of art to be crafted in Botswana. It will be unveiled by President Ian Khama this Thursday (16th July) at 1800 at the airport.
According to the Director of the National Museum, Gaogakwe Phorano, who was also the project manager, the live size sculpture was made entirely from ivory. “Several artists were involved in this project. The lead artist was sculptor Joseph Piet and team members were Kelebogile Marope, Isaac Chibua, Wailer Motsu, Kealeboga Ramogotsi, Gosego Motlogetlwa and Galoseitse Metlhaleng.  Others were also involved at the conceptual stage; Modirwa Kekwaletswe, Monica Selelo, Steven Mogotsi, Reginald Bakwena and Ellis Batambuze,” Phorano explained, adding that the artists will be recognized by engraving their names on the sculpture.
For his part, the Minister of Wildlife and Tourism, Tshekedi Khama, said that the elephant sculpture was a representation of what his ministry stood for. “This elephant is made entirely of ivory tusks which were taken off elephants that died a natural death. Our policy is that we do not burn ivory, hence the option to display it beautifully this way for all to see. We only burn bad things like drugs and rubbish, not tusks.” Our role as a Ministry is to protect our wildlife and endangered species at all costs as well as to recognize their importance in our lives. We have been criticized for killing those who come to our country as poachers. Reality is that we can’t sit and have tea with them when they are out to kill what is ours. Please note that in the past year we had the least deaths of elephants in the whole of Africa because of our animal protection methods. Ivory is a special and beautiful commodity that can be used for many things and we, as a Ministry are impressed at the skill of Batswana artists especially those who were able to produce this art form.” 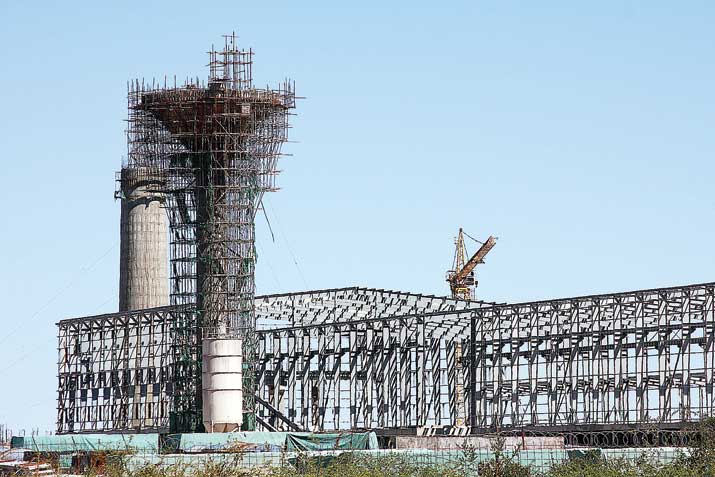