In an interview with Time Out, Master D confirmed that the Kanye native was indeed the latest addition to the judging panel. “Yes,  he is the new replacement and like everyone else he auditioned for the position which included music producers and other artists. My Star management team then decided to give him the position as they thought he had all the qualities they were looking for in a judge and so far he is doing a great job!” he said.

For his part Shanti Lo said he was bringing a different and fresh vibe, explaining that, “What I am bringing to the show that is different or unique is myself, my individuality, my personality, my skill and humility. I try to be as honest as I can. I do sometimes have to count on instincts and find myself giving a contestant who didn’t do so well in the auditions a chance because I see some real talent in them, something that can work for them if nurtured,” he said.

Even though he shared that the experience of being a My Star judge is great, his only worry is that a lot of contestants don’t seem  hungry enough or are in it for the wrong reasons.
“I am often reminded of how much I fought and worked hard to prove myself when I started out in the music industry. We didn’t have opportunities like the My Star show and had to find means and ways of following our dreams. My point is I don’t see the same kind of hunger at a time where things have so greatly improved! Of the many contestants that we audition, there are very few contestants who show the same drive and passion. I wish they could just give us more,” Shanti Lo said.

He stated that through his tenure as a judge, he hopes to share with the contestants some skills that he learned along his journey as a music artist. “I want them to understand that to have longevity in the music industry is to constantly challenge and re- invent yourself.” 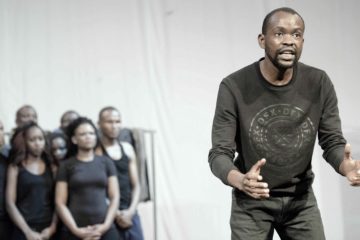