After running the yearlong social media campaign dubbed ‘#SirSeretse35’ to mark and celebrate the 35 years since Botswana’s founding President, Sir Seretse Khama passed on, award winning actor Donald Molosi is bringing the campaign to an end. The Artistic Director at Folk Tale Theatre Company is also the author of the play Blue, Black and White, the first ever dramatic text written about the lives of Sir Seretse and Lady Ruth Khama which enjoyed massive stage play outside Botswana’s borders.

“The campaign is coming to an end because it was 2015 specific. However, I will keep the social media pages active. I will now focus on launching an even bigger campaign about Sir Seretse Khama’s legacy for 2016. The ‘#SirSeretse35’ campaign was successful and I aim to build upon it for the next year. I am also very open to working with government on this and I have approached a couple of ministries to see what’s possible,” said Molosi.

The ‘#SirSeretse35’ campaign has in the past eleven months sparked interest and conversations about the life and legacy of  Sir Seretse Khama on all social media platforms. As a way to popularize the campaign, Molosi has performed and spoken about Sir Seretse Khama at Tigerkloof Institution in South Africa, where Sir Seretse Khama was a high school student in the 1940’s, as well as an extensive CNN interview where he outlined the significance of the Sir Seretse Khama story.

In the last three months of the campaign, Molosi has performed Blue, Black and White in Kenya at University of Nairobi at the invitation of the Botswana High Commissioner to Kenya, John Moreti. Whilst in Kenya, Molosi also visited Charles Njonjo, Sir Seretse Khama’s close friend from their university days. “Meeting and speaking with Charles Njonjo was surreal. Hearing him speak about his late friend, Sir Seretse Khama and Sir Seretse’s story reminded me why I decided a decade ago to use my talents for the revival of Sir Seretse’s memory,” he said.

After Kenya, Molosi took the campaign to Belgium at the invitation of the Botswana Ambassador to Belgium, Samuel Outlule. After Molosi’s performance, a renowned Belgian artist, Carl Anders Sven Hultin asked to paint a portrait of Molosi as a token of gratitude. Molosi said  he felt honoured and excited that the ‘#SirSeretse35’ campaign has touched people from all walks of life. “Sir Seretse Khama represents unity of humanity and I am happy that Carl was touched by the story and decided to paint me to thank me for keeping Sir Seretse’s story in my generation’s imagination. Also, I am proud that Carl painted me using the colors of the Botswana flag,” he added. 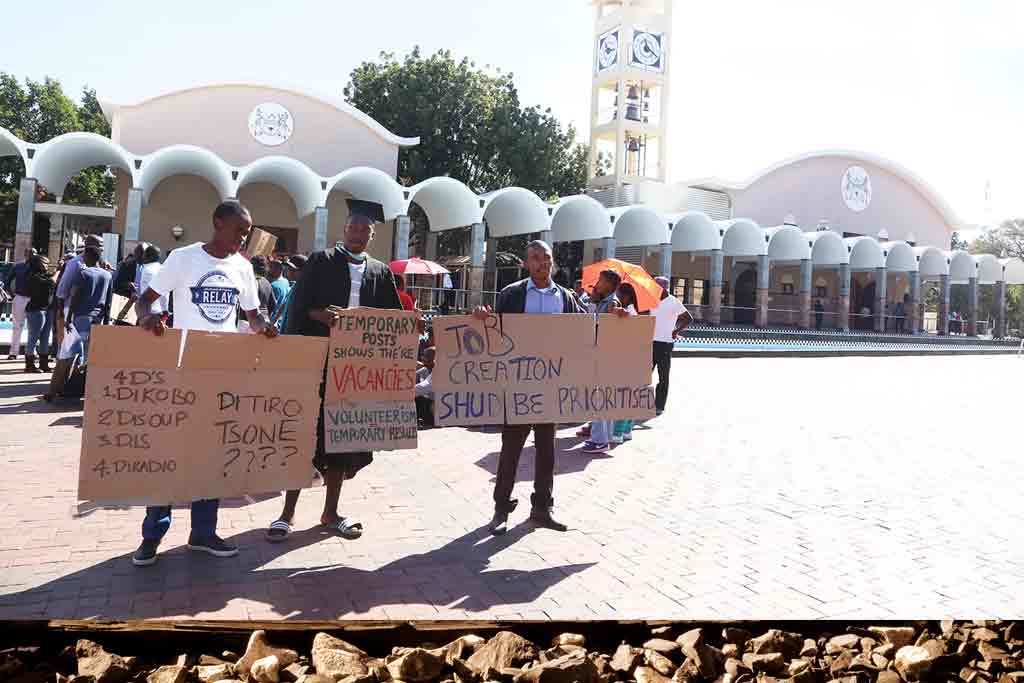