October 15, 2020 Admin
Home»Entertainment»Son of the Brush exhibits his paintings
Entertainment/Slider

It was a momentous occasion last week when Son of the Brush, Wilson Ngoni revealed his timeless masterpieces and new treasures to the masses at the official opening of his art exhibition at the National Museum, Octagon gallery. The exhibition will be ongoing until April 7th. “Botswana has diamonds, but not all of them are in the ground, Wilson is one of them,” Ngoni’s manager, Charlotte-Marie Callins said at the overwhelming event.

The gallery was a superb place for viewing all the displayed 45 art pieces with price tags neatly pasted besides each piece and the spectators fully experienced the remarkable depth and sweep of the gallery’s holdings. A full-length painting of Ngoni was displayed at the entrance of the gallery to welcome the viewers. The art opening created a buzz and it showed that the event was highly exposed and compelling announcements were crafted as there was a subsequent attendance of both Batswana and foreign natives providing a greater chance for them to purchase their own collection. Ngoni availed himself to everyone who expressed interest in his artistic work, explaining his work andcreating a connection with the viewers.

Speaking to Time Out, the delighted Ngoni expressed his gratitude for the turnout and the support from Batswana. “I am proud of Batswana, the exhibition gallery is fi lled with Batswana today and there are traces of foreigners. They are supportive and giving me the spirit to carry on. I managed to sell one piece therefore it is promising that more people will come as the show goes on. It shows that Batswana are here for me because it seems most of them do not have the means to buy my art but I am grateful they came,” he said. Ngoni’s masterpieces can be displayed according to an individual’s preference, whether one may be looking to grace their entryway or otherwise. They reflect various elements from wild animals, the Basarwa(Khoi San) tribe, cattle drinking water, mixture of different elements or Metlholo as he would usually refer to them and the most common element is a peg in most art pieces.

Ngoni explained the signifi cance of the peg. “When I was young I thought pegs were living things that lay eggs, incubated them, hatched them into what I imagined to be ‘pegglings’. I am using the pegs to reminisce. They are a nostalgic atavistic imaginations of my childhood. They are also a symbol of desire; They are created in the image of a crocodile and when it bites it destroys, when used to hang clothes it is useful. What I am saying is, we must have a lot of desire at hand but let it be of useful kind,” he said. The Son of the Brush is currently working on his book titled ‘Doors to my eyes’ which is about his struggles as an artist, winning moments and how he worked his way to the top in a society that has art as a culture but do not value the aesthetic aspect of it. 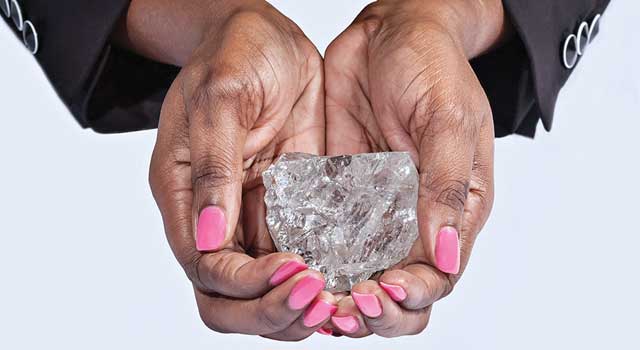