After being rebranded and reintroduced the past month as the Spring Fiesta, the music extravaganza has gone back to its original name, the Spring Xplosion. It will take place on independence eve, September 29, at the Fairgrounds back parking area, and not Molapo Piazza as was initially planned.

“We have decided to retain the event’s original name and we have also changed the venue. The reason why we changed was because Molapo Piazza could only take about 6 000 people and they did allow cooler boxes, something that our patrons have come to appreciate about the event,” Kabelo Tron of Xplosion Entertainment told TimeOut. He said the last event attracted about 12 000 people and are anticipating more this year, hence the change of venue to Fairgrounds back parking lot.

Spring Xplosion will feature seven international and 25 local acts from different genres including Riky Rick, Kent, Culoe De Song, Dj Shimza, Black Motion, Dr Malinga, Team Distant, Vee, Dramaboi, MMP family, Machesa Tradional group, Front Porch ft Mpho Sebina, Chrispin the drummer, King, Chabo, Izzy, Tman, NT Base, Unanimous 1, Kops, Ricky Lamar, Groovysouls,Root, Phouboy, Scratch and Sly. The MC’s for the night are T.H.A.B.O, Sadi and Dollar Mac.
“When we select artists, the main criteria is their crowd puller effect. We had initially booked Black Coffee but he could not make it and we replaced him with another music heavyweight, Heavy K. We always want to mix genres to create a strong lineup and cater for the varied tastes of our audience,” said Tron.
Tron added that they have beefed up security.  “The people’s safety comes first. We have a police station on sight, a paramedic team, 400 security guards and bouncers,” he said.

The show will start at 3pm on the 29th September and will run until 4am the following morning. Tickets are on sale at all Liquorama’s and Dros.

This year’s BIMC is for solutions – Modibe 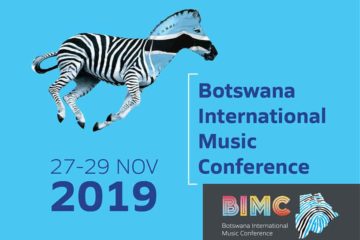