Gaborone is slowly but surely becoming a jazz hub as the city will be hosting yet another jazz concert on the 26 to 27 November at the Pavilion. The show coordinated by Kgalagadi Jazz Beats in conjunction with 360 events dubbed ‘Holland, South Africa and Botswana meet through jazz’ promises to be one of the best among the many past jazz concerts. The show will be headlined by a group called Soul’ Afrique featuring Paul Van Kemenade, Peter Bast, Louk Boudestrijn, Wiro Mahieu and Rein Godefroy (from Holland), Louis Mhlanga, Feya Faku and Sidney Mnisi from South Africa. Locally Badisa band will be featuring guitarist, singer and composer Banjo Mosele.

“Renowned jazz artists from Holland, Botswana and South Africa will be performing together for the first time in Botswana. The show is very unique in the sense that artists will be performing strictly live jazz for real jazz lovers. We have realized that even though there has been a considerable number of live concerts this year many were not real jazz shows therefore there is that vacuum resulting in many jazz enthusiasts yearning for an all real jazz concert. This upcoming event will be serving that purpose,” said organizer Shima Monageng who is also the presenter of a popular jazz show on Gabz fm.

The concert, which is expected to be an annual event will reap substantial economic benefits for the country because of the foreigners it will attract, will continue to have a star studded lineup of jazz giants from across the globe. This year the show will feature;

Rein Godefroy is a pianist and composer who comes from a musical background. Rein has performed with many great players like Eef Albers, Peter Guidi, Benjamin Herman, Till Brönner and many others. As a bandmember Rein plays with Enniwere (Brazilian Fusion), Panchito (Latin Jazz), EdgeBellyJazzDog (Jazz) and his own quartet with Guy Nikkels, David Barker and Hendrik Vanattenhoven and has been touring with them in Egypt, Austria, Germany and Spain. At this moment Rein is considered to be one of the greatest piano talents in Holland.

Paul Van Kemenade received the Podium prize of the SJIN (the Dutch Jazz Foundation). He toured extensively in Europe, Canada and South Africa. He also led a septet and the Podium trio. Additionally, he has worked with the Surinam Music Ensemble, with Contraband (an occasional big band led by trombonist Willem van Manen), with van der Westen’s post-bop octet, Pulsation, the 1-2-3-4-5-Sextet, with Jasper Van’t Hof, and numerous others.

Feye Faku is a trumpet/flugelhorn player as well as a composer who has bee associated with South Africa’s classical jazz and was the youngest member of Winston Mankunku Ngozi Quintet. His music elaborates and comments on SA’s jazz’s intimate affair with hard bop and with freer sound zones from USA and Europe.
Sydney Mnisi is an accomplished and respected saxophonists who decided the instrument suited his unique mellifluous voice, Mnisi has played with jazz heavyweights Jonas Gwangwa, Hugh Masekela ans Caiphus Semenya to mention a few.

Louis Mhlanga is a highly accomplished musician from Zimbabwe. Although a guitar player by profession, he loves all instruments, from the traditional to the modern. Mhlanga continues to be one of Africa’s most in-demand session musicians.

Wiro Mahieu is an excellent double bass player and bassguitar player. In 1996 he won the Wessel Ilcken Award. Wiro plays with the Paul van Kemenade Quintet, the Amina Figarova Septet, the Rob van Bavel Trio, with  Sister Bop and the Willem Hellbreker Quartet.

Louk Boudesteijn is a trombonist, composer and producer. In 2001 he won the Erasmus jazz prize and played in Carnegie Hall, NY with his B&W Quintet. 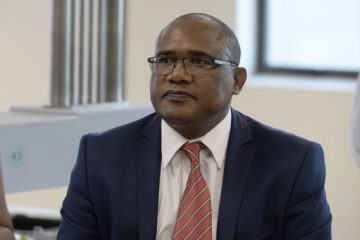