The recent popular use of berets by political parties underlines the traditional association of the head piece with change. Brought back in to the mains stream by South African young political maverick Julius Malema and his newly formed EFF party, the beret is the ultimate political symbol of nonconformist.

The most enduring picture of a political maverick is what is often called the most famous photograph in the world “Guerrillero Heroico”: a picture of Argentine revolutionary Che Guevara wearing a black beret with a brass star.

Locally political parties have of late been wearing berets extensively. Is this representative of attributes of rebellion and revolution associated with the beret or it is just a trend that everyone is jumping on?
BDP Youth League President, Andy Boatile says it has no meaning to them beyond being a fashion accessory, “We found it cool and the in thing now; the berets have nothing to do with revolution or rebellion. Just like we see dreadlocks as a hairstyle now and not something that is associated with being Rastafarian the same concept applies to us wearing berets. The berets have worked wonders for our party as they date way back to the Daniel Kwelagobe days and we keep increasing our beret orders as more people are interested in owning one,” he said.

Leader of the newly formed political movement, Youth Needs a Voice (YNV) Poloko Pitwane who wear baby blue berets with a speaker symbol says it is a political statement, “It shows our dedication to this political movement. The colour blue symbolizes prestige, power; intellectuality, integrity and we want to cover the whole country with wisdom. It is also something to use in our campaigns as our trademark. ” According to Pitwane, they were influenced by the Che Guevara concept to show their dedication towards the party.

BMD Youth League president, Phenyo Segokgo, explained that, “historically berets can be related to revolution and the apartheid struggle as Steve Biko used to wear one. We as BMD are using them to attract young people; they can be used to get their votes. The green in our berets is just for the party colours and have no meaning attached to it.”
For fashion or for a cause the beret remains one of those pieces of wear that just will not go away. 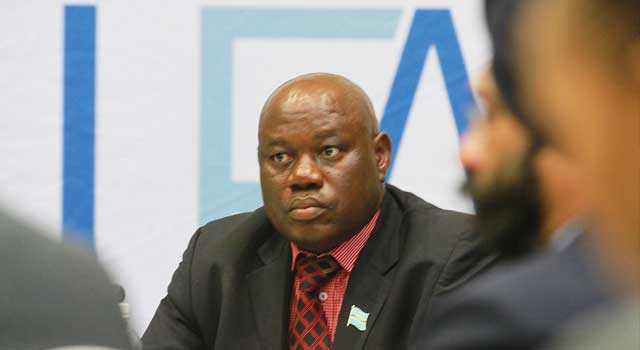