There is a new hobo in town and his name is Ideas Expo. Hobo is the term used to refer to homeless beggars and this past week a different kind of hobo ascended on the capital city. As an initiative to get people’s attention about the upcoming creative conference that is set to take place on the 20th and 21st of June at the University of Botswana Business Auditorium, the organizers of the conference are dressing up as hobos and causing a stir at critical junctions during morning rush hour traffic.

In campaign titled #Theymustknow, these, “hobos” staked out busy intersections last week with signs carrying creative copy as well as tit bits and brief information about the Association for Communication Agencies who have partnered with Ideas Expo in producing the Botswana’s fi rst ever advertising awards. The hobos, instead of holding a tin for the obvious reasons of getting change from drivers are instead giving out short notes with industry facts titled, “They must know.”According to the creative director of this campaign Calvin Bosilong, “with the current situation the creative industry is faced with, in regards to appreciation and recognition shown to those concerned, we crafted the theme to educate and inform.

The theme voices the untold stories of creatives in Botswana to those unaware.” He adds that, “the theme of the campaign #they must know is the theme for this year’s Advertising awards. The aim of the facts is tomake people more aware of the art surrounding them, billboards, radio adverts, print adverts and other exciting forms of art and creativity that they could have previously not taken note of. It’s a way to get the public to know acknowledge and appreciate the difference the creative industry has made and how it has impacted on their lives.” According to Bosilong, “Those who took pictures with their mobile phones uploaded them on the different social networks; BBM, Twitter & Facebook, and we were able to track the conversations as we had attached the hash tag #theymustknow to the campaign.”

“It is always refreshing to see young creatives coming up with new ideas and new advertising concepts. I didn’t see the hobos on the roads but I did see the tweets and people were retweeting and just the fact that it got people’s attention is an achievement,” says artist and advertising practitioner Thato Mosimang.

The Five Languages of Love, Which does your partner respond to? 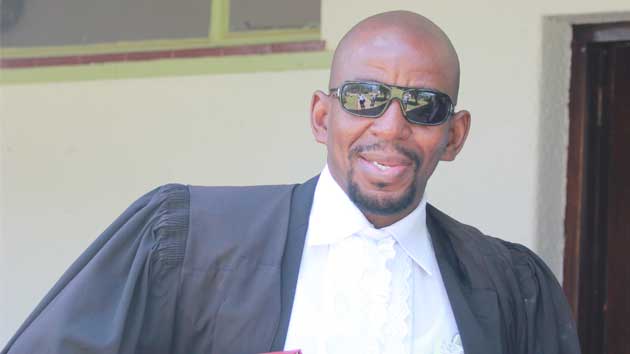