The founder of the Tonota billed Ga Bo Rangolo festive concert, Dithuso Selepeng says they have resolved contract issues of some artists expected to perform at the event.
This is after some artists appeared to distance themselves from the show in the past weeks, saying they had not been given contracts despite being on posters of the show;
“Just like any business venture we encountered a minor hiccup pertaining to previous grievances by a few artists on social media. With some artists however, it was unprofessionalism by their management who I think did not tell them about the booking. We have since drawn contracts with some artists and are still negotiating with others. We have over 30 artists on the lineup, with 98% of them signed while we are still negotiating with the others. We want everyone onboard,” said Selepeng.
When asked why artists were put on flyers for the show when they had not signed contracts, Selepeng said it was a common practice of the industry, “Culturally it is common knowledge that artists are officially booked three weeks before the show, sometimes with no contract or deposit. However, we always make sure that all the artists in our flyers are booked at the end of the day we are aware that to not to do so could lead to a law suit,” he said.
Secretary General of the Botswana Musicians Union (BOMU), Pagson Ntsie, however says contracts should be signed before any form of advertising is done. “Consultation has to be done and contract signed before an artist’s name could be used to advertise a show… What happens if they are booked elsewhere that same date? A proper line of events needs to follow for booking an artist; artists in the neighbouring countries have also adopted this,” he said.
That said, Ntsie says they support the Ga Bo Rangolo initiative because it is an event that is long overdue, especially because it features a 100% local line up. “It is an event we find viable. It’s able to inspire the youth to take art seriously. It will prove that local acts can do it. I commend Selepeng for his bravery and trust for local Industry and this initiative to bill over 30 artists and find funds for them. It has never happened. I urge everyone to boycott any show that does not give priority to our local acts- international acts are paid huge sums while ours walk away with peanuts,” he said.
The show which was rebranded from Ga Bo Tate to Ga Bo Rangolo will be on the 26th December at Tapela Farms in Tonota. It has been sponsored by the Ministry of Youth, Sports and Culture to the tune of P52 000, while BDP’s Andy Boatile sponsored artists’ transport, with Cresta Hotel having sponsored accommodation. Liquorama is the ticket selling point while Francistown City Council and other sponsors have endorsed the event. “There are other independent sponsors on board. The show is targeting about 1000 people and tickets are currently selling like hot fat cakes,” said Selepeng. 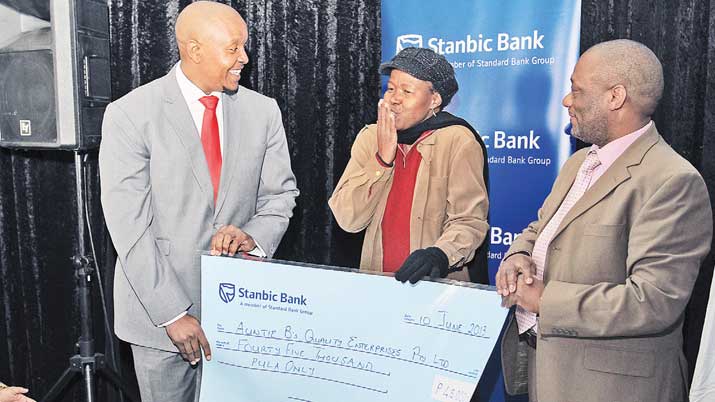