A few days after the release of his latest album African Time,  Hip Hop artist Zeus scooped  the Most Gifted Male Video award at the Channel O Africa Music Award 2013  for his  run away hit Dats Wassup featuring heavy weights AKA and Tumi.

The rapper,  who is still considered an underdog in the international music scene despite his numerous nominations and wins , faced stiff  competition from Nigeria’s  Flava  for  Iyanya, Wiz Kid’s Azonto, Donald with Over the Moon and Tanzania’s Ay featuring Marco Chali (party zone), all  big videos  in their own right.

Asking Zeus about how he felt bout his third Channel O win, he said  that he was proud that he beat very competitive acts like Donald and WizKid. “ In football they say if you want to be the best you must play against the best. Edging out artist brands like that says a lot about the growth of my own brand and following,” he said.

He continued to say that it is not the first time he has received so much support from his African fans, which he feels is a high motivating factor for him, and that career wise it is good for business.  “ My record label and PR people will be happy as this equips them with selling points for the Zeus brand which helps to establish and grow it.”

Zeus says he always knew  the song would be big for the Hip-Hop audience because of its authentic Boom Bap classic Hip-Hop sound and lyricism. “I’m still surprised that it has done this well mainstream. It has become such a stand out song that it made it onto my new album that hits Musica shelves this week titled “African Time,” when initially it was a mixtape song.”
The award trophy has not yet arrived in the country but will be unveiled at the official launch of African time this Friday evening at Masa Centre roof top, where Samantha Mogwe and her band will open for him. The duo will perform their hit track Transition.

The awards were hosted in Soweto South Africa. Zeus was also nominated for ‘Most Gifted video of the Year’, which went to Wiz Kid for Azonto. 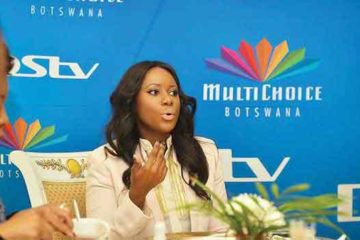